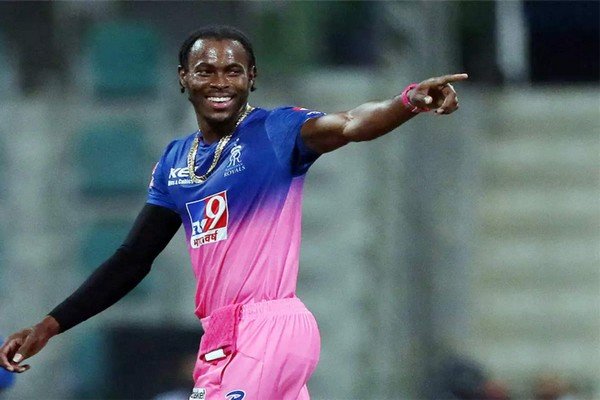 (Cricinfo) England fast bowler Jofra Archer will not be available for the Rajasthan Royals in the 2021 IPL.

The decision was taken on Friday by the ECB who said Archer would be “stepping up” his training intensity after spending time in rehab to tend to the finger surgery carried out recently as well as a longstanding elbow injury.

Archer has been training with Sussex at Hove this week as he works his way back to fitness.

England coach Chris Silverwood and elite pace bowling lead Jon Lewis were in attendance to see his progress on Thursday, when Archer underwent a full session of batting and bowling in the nets, followed by some running work.

He was back at the ground on Friday, doing some sprints on the outfield during the lunch break of Sussex’s match with Yorkshire, in which England captain Joe Root is also playing.

“The England and Wales Cricket Board has confirmed that England and Sussex bowler Jofra Archer will not play in the 2021 Indian Premier League,” the ECB said in a media release on Friday.

“Archer returned to bowling this week with higher intensity, and the ECB and Sussex medical teams will continue to monitor his progress.”
The ECB pointed out that Archer was “expected” to return to playing cricket in the “next fortnight” if he could “bowl and prepare pain-free.”

It is understood that Archer could return to playing in a second XI match in the next fortnight followed by a Championship game for Sussex in mid-May.

The Royals were initially optimistic about Archer’s return, accounting for the strike bowler missing out on at least their first four matches in the league phase.

Such optimism evaporated soon after the ECB said on April 11 that while Archer would be returning to training there was no date set for his return to playing.

The other big deterrent for Archer, who was the Most Valuable Player in IPL 2020, was the mandatory week-long quarantine participants have to serve upon entering the IPL bubble this season.

All three concerned parties, Archer, the ECB, and the Royals, agreed that it would interrupt the fast bowler’s preparation and bowling build-up.

Archer returned to England in March after T20Is in India for surgery on his right hand to remove fragments of glass wedged in during a fish tank accident at home in January.

Simultaneously, Archer also received treatment for a longstanding elbow injury for which the fast bowler has taken cortisone injections.

At the outset of this IPL, Kumar Sangakkara, the former Sri Lanka captain and now the Royals’ team director, had said while Archer’s unavailability was a “big blow”, the franchise could not act “selfishly” and would take a “holistic view” about his return.