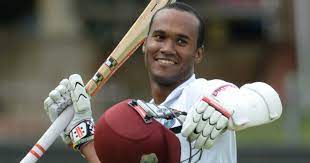 “The Selection Panel chose a squad that provides both pace and spin bowling options. With Roston Chase included, variety was considered in the selection of Jomel Warrican. It is good to have Nkrumah Bonner back. The team does very well when our batsmen score centuries as we saw against Bangladesh and Sri Lanka. So, I look forward to our batsmen scoring big.”

The two-match Betway Test Match presented by Osaka Batteries will be played at Sabina Park from August 12-16 and August 20-24. This Series forms the first of six series in the new cycle of the International Cricket Council World Test Championship to find the best Test match cricket team in the world.

Due to COVID-19 protocols, fans will not be permitted to attend the matches.