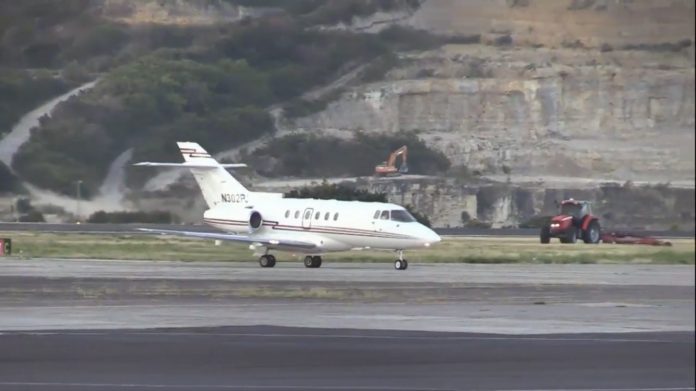 St. Kitts and Nevis (WINN): Around 8 a.m. on Monday, March 1, 175,000 vaccines touched down on V.C. Bird International Airport in Antigua and Barbuda in a chartered flight from Bombay, Mumbai.

These 175,000 doses were gifts from the government of India developed in the Serum Institute of India.

Forty thousand vaccines are expected to remain on the island and marks the start of their vaccines roll out to the general public at 10 am March 1, according to Minister Health Molwyn Joseph during the press conference held at the arrival of the vaccines.

“We are saving the lives of Antiguans and Barbudans. I will take the opportunity to say to all the citizens and residents of Antigua and Barbuda at this moment; avail yourselves of the opportunity to be vaccinated. March the first will forever be etched as one of the most important days in the history of Antigua and Barbuda,” Joseph stated as he drew reference to past US president John F. Kennedy who started the peace corps on March 1, 60 years ago and considers this not only a humanitarian mission but a peace mission.

Antigua and Barbuda as a result of their long-standing relationship with India received US$1 million in medical grade PPEs and equipment for their disease and isolation center in August 2020.

Five thousand of the vaccines received today will be donated to Grenada leaving 35,000 which could inoculate 17,250 of Antigua and Barbuda’s near 100,000 populace expected to be done in the next 30 days. Currently, more than 2000 people have been vaccinated so far in the country of Antigua and Barbuda.

On February 11 the Commonwealth of Dominica Donated 5,000 vaccines to Antigua and Barbuda which allows for the inoculation of 2500 people.

Prime Minister Gaston Browne offered his gratitude to Prime Minister of India Narendra Modi and the Government of India calling the act a demonstration “of perhaps the most significant act of benevolence, of kindness and certainly of empathy that [we] would have seen in recent times compared to any act of any other leader globally,” citing India’s own circumstances of over 11 million people who contracted the coronavirus and has to inoculate their population of 1.367 billion.

Browne also mentioned that through donations EC$1 million has been earmarked to procure more vaccines in the future.

“… We have had a number of citizens who have generously contributed funds to acquiring vaccines. Some examples; the Hadeed Group of Companies, they have donated $270,000, another $270,000 from a group that was coordinated by ‘Fosto Fadereli’ and several other individuals who contributed. In fact, I will now formally disclose to, that I would have made a contribution of 100,000 EC dollars on behalf of my family… so far we have collected in excess of 1 million dollars that will go towards vaccine purchases.”

“I would like to highlight here that the gifting of the vaccines to Antigua and Barbuda shows Prime Minister Modi’s commitment to use India’s vaccine production and delivery capacities for helping all of humanity in fighting this crisis. I emphasize the fact that Antigua and Barbuda has received this vaccine in the very first few weeks that India has started to donate such assistance to its friendly countries across the world… I hope these vaccines will save the lives of our Antiguan and Barbudan brothers and sisters and bring the country back to normal…,” said Dr. Srinivasa

In the coming weeks, 20,000 vaccines are expected from the COVAX facility and Antigua and Barbuda are currently in commercial negotiations with India for an additional 100,000 vaccines.

The aim of Antigua and Barbuda is to inoculate at least 70-80 percent of the population and achieve population immunity.