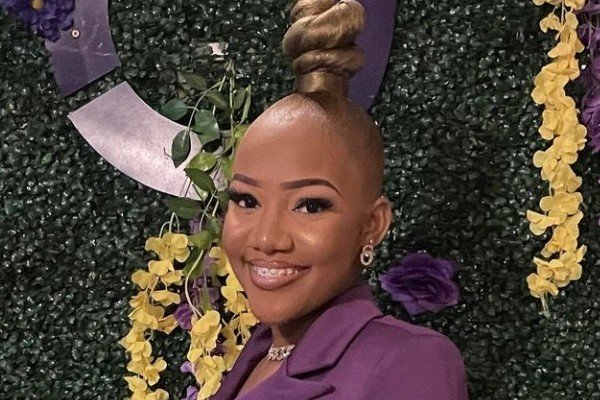 Henry aims to sensitise the public on what is climate change and what she has done and continues to do to fight the global phenomenon.

Contributing to the fight, 18-year-old Henry from Nevis, launched a petition to ban single-use plastics in St Kitts and Nevis 2 years ago.

Speaking on Good Morning SKN with Jamie and Kortensia on Wednesday morning (March 16), Henry shared the details of the petition and brought some awareness on single-use plastics.

Henry said she went to Kenya in 2016 and Barbados in 2021 and recognized that both countries have embraced a plastic free approach to shopping. In Barbados in particular, she explained that people have to walk with their own bags to the supermarkets. She also added that the restaurants have been using biodegradable containers, cups and straws; a practice that needs to be emulated in the Federation.

Henry disclosed that momentum accumulated with her petition was halted due to the Pandemic.

“The petition ended up in Parliament; that was good, but then, because of COVID, that is on pause; but I will keep pushing for St.Kitts and Nevis to become plastic-free.

The young environmentalist used the opportunity to give advice to young people on how they can join in the fight against Climate Change.

“To other young people, I will say, whenever you are going out or even to the supermarket, you could just at least take a reusable bag from home, instead of taking plastics and if you do it, after 21 days it would become hard for you to go back to plastics. Tell a friend to tell a friend just to create awareness and [share] the importance of taking your bags and not using plastics and how to protect the environment.”

According to Henry, to bring awareness to single-use plastics, the Nevis Eco website is currently being developed. Efforts were made to create trendy reusable bags to post on the website, but for now a logo for the bags has been created. The Environmentalist said the reusable bags may be ready by Summer 2022.

As it relates to the petition, it reads, “We, the people of St. Kitts and Nevis are calling on our leaders to implement a ban on the use and distribution of disposable/single-use plastics across the Federation. We are further asking for your help to support the move to sustainable non-polluting, non-fossil fuel based alternatives. Single-use plastics are endangering our beautiful environment, devastating our wildlife and leaching toxins into our water, soil and ocean, destroying our health and wellbeing. It is time for St. Kitts and Nevis to be at the forefront of change. Future generations are depending on us. ”

Last week (March 8) Henry was the youngest awardee honoured by the Department of Gender Affairs- Nevis for International Women’s Day. She was awarded for leading the charge on climate change adaptation, mitigation, and response.