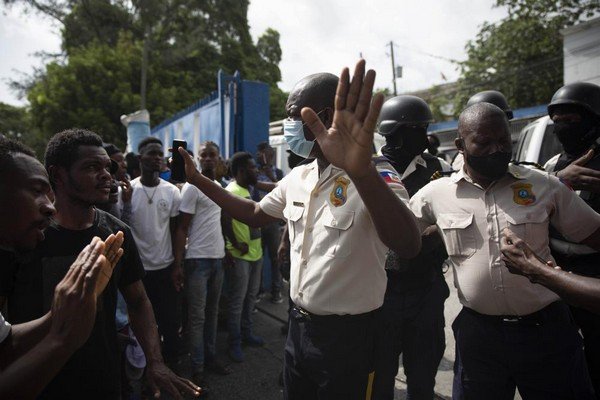 PORT-AU-PRINCE, Haiti (AP) — Two men believed to be Haitian Americans — one of them purportedly a former bodyguard at the Canadian Embassy in Port au Prince — have been arrested in connection with the assassination of Haiti’s president, a senior Haitian official said Thursday.

Mathias Pierre, Haiti’s minister of elections, told The Associated Press that James Solages was among six people arrested in the 36 hours since the brazen killing of President Jovenel Moise by gunmen at his home in the pre-dawn hours Wednesday.

Four other suspected assailants were killed in a gunfight with police and two are still missing, Pierre said. Earlier authorities had said seven suspects were killed.

Pierre would not provide additional details about Solages’ background, nor would he provide the name of the second Haitian-American he said was arrested.

Solages describes himself as a “certified diplomatic agent,” an advocate for children and budding politician on a website for a charity he established in 2019 in south Florida to assist residents.