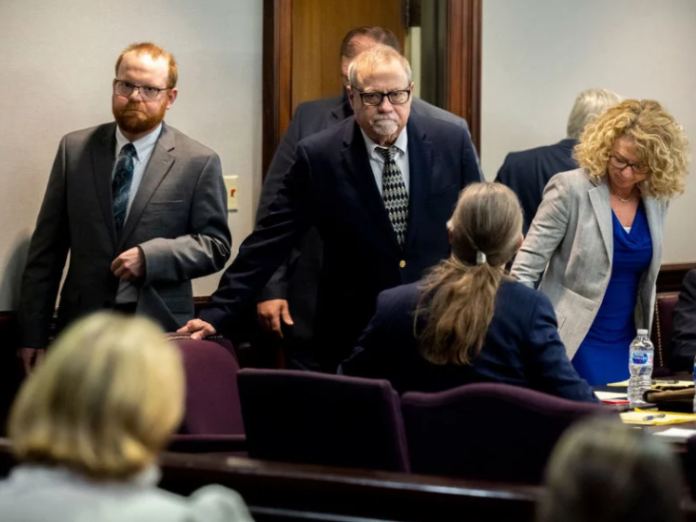 (NPR) Prosecutors have reached a plea deal with two of the three men convicted of murdering Ahmaud Arbery on federal hate crimes charges they faced, according to court documents the U.S. attorneys filed late Sunday. They submitted a notice of two plea agreements for Gregory McMichael and his son Travis McMichael to the U.S. District Court for the Southern District in Georgia, but the details of the agreements are not yet public.

In its notices to the court, the Department of Justice asks that the charges against the McMichaels be disposed of. Kristen Clarke, the assistant attorney general for civil rights, co-signed the letter with U.S. Attorney David Estes and three other Justice Department attorneys.

A spokesperson for the Department of Justice did not respond to a request for comment.

Gregory and Travis McMichael, along with William “Roddie” Bryan were convicted of Arbery’s murder in a state court in November 2021. Earlier this month, the three were sentenced to life in prison. Neither Gregory nor Travis McMichael is eligible for parole. Bryan must serve 30 years before he’d be considered for release.

Lawyers who represented the McMichaels in the murder trial did not respond to calls and email asking for details about the plea deal.

Arbery, then 25, was running through Brunswick, Ga., on Feb. 23, 2020, when the three men chased him down in a pickup truck. Travis McMichael shot Arbery three times at close range. He argued at trial that the shooting was in self-defense and that he and the others thought Arbery was responsible for break-ins in the neighborhood.

Gregory and Travis McMichael and Roddie Bryan are white, and Arbery was Black. The case was one of many involving race relations, the use of force, and police conduct that contributed to nationwide protests.

The Department of Justice charged the three defendants in the hate crimes trial with violating Arbery’s rights, attempted kidnapping and the use of dangerous weapons because of his race. They pleaded not guilty to the charges last year.

Jury selection in the trial is scheduled to begin Feb. 7. It’s unclear whether Bryan has struck an agreement with the government. The District Court has not yet announced whether it will accept the pleas of the McMichaels.

Attorneys representing Wanda Cooper-Jones, Arbery’s mother, did not respond to requests for comment.