2021 POPULATION AND HOUSING CENSUS TO BE COMPLETED BY OCTOBER 15; ALL ENCOURAGED TO ACTIVELY PARTICIPATE 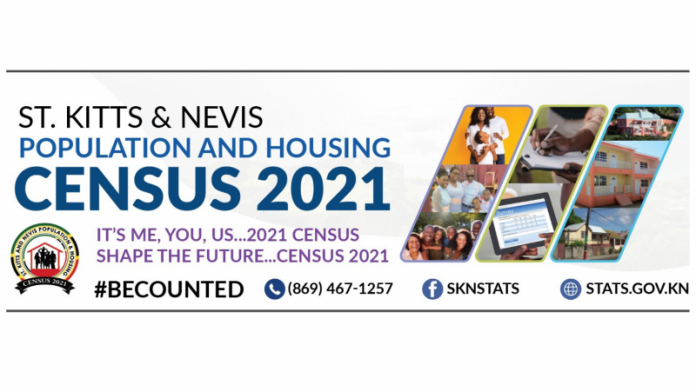 Basseterre, St. Kitts, September 21, 2022 (SKNIS): The 2021 Population and Housing Census is expected to be completed by October 15, 2022, and the general public is encouraged to give their full participation when the enumerators arrive at their doors.

“I am encouraging our citizens to participate in the Census as we make this final push to complete this Census by the middle of October. We are resuming the Census. We had a delay and a number of factors such as COVID-19 and the 2022 General Elections would have influenced the delay. However, we have set a new target date of October 15 and we want this done by that time,” said Acting Permanent Secretary in the Ministry of Sustainable Development, Sherilita (Shez) Dore-Tyson, during an interview with St. Kitts and Nevis Information Service (SKNIS) on Wednesday, September 21.

Acting Permanent Secretary Dore-Tyson outlined several benefits that can come from the completion of the 2021 Population and Housing Census.

“The data collected from this Census will help to create social programmes and to help improve the social services that are needed. Sometimes, you have services that are being offered and there is no real need because there is no foundation on which you are going to base the decision and so this Census is going to give us the information that we need,” said Ms. Dore-Tyson. “For example, do we need more or less people on the Poverty Alleviation Programme (PAP)? The Census will tell us. So, this is why we need to complete this Census.”

Ms. Dore-Tyson added that the Census “also helps to inform good decision-making and planning” and appealed to the general public to “welcome the Census Enumerators.” She encouraged them to contact the Department at 467-1253 or 1257 if they learn that enumerators visited their area and they were not interviewed.

To date, seventy-five (75) percent of the population in St. Kitts have been interviewed, while Nevis has completed the Census.