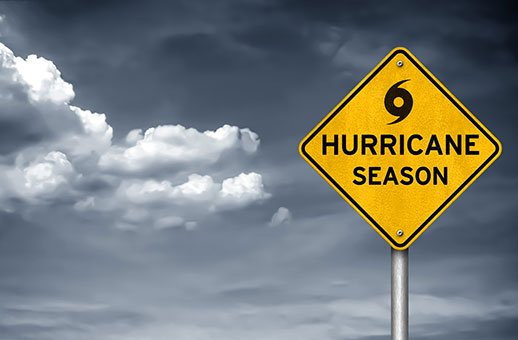 The anticipated above-average activity was predicted because of several climate factors; the ongoing La Niña that is expected to persist throughout the hurricane season, warmer-than-average sea surface temperatures in the Atlantic Ocean and the Caribbean Sea as a result of climate change, and weaker tropical Atlantic trade winds and an enhanced west African monsoon.

Climate change’s impact on the strength and frequency of tropical cyclones is also a continuous area of study for NOAA scientists. 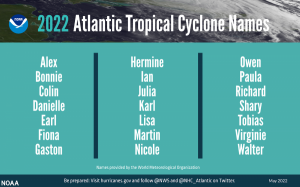 In a statement by the Hon Alexis Jeffers, Minister responsible for Disaster Management in the Nevis Island Administration (NIA), at the start of the 2022 Atlantic Hurricane Season, urged residents of Nevis to be ready for the possibility of “monster storms” matching or exceeding those of Hurricanes Dorian, Irma, Maria or superstorm Sandy.

Further, the Minister highlighted that one hurricane could cripple the economy and vulnerable groups have some of the lowest evacuation and shelter rates.

“The reality is we do not have sufficient physical space to house everyone. I am just being frank with the general public, and this is something I have spoken to with the authorities. Now at present, we have the capacity for about 2000 [people]; I have to find space for another 8000 [people] because we need to have the capacity for approximately 10,000 [people],” said Samuel during an interview on the June 1 broadcast of Good Morning SKN.

With shelter capacity not being where it needs to be, NEMA advocates for a community-driven contingency to help those who need shelter during a hurricane.

The reduction in shelters results from a decision by the government not to use schools as shelters after a regional report informed of the negative impact of keeping children out of school for an extended period.

Jeffers offered the following tips for the 2022 Atlantic Hurricane Season:

1. Know where the Emergency Shelters are located (can be found here: https://www.nema.kn/emergency-shelters/

2. Stock up on food with extended expiry dates

3. Have supplies such as first aid kits, flashlights with extra batteries, and create go bags with essential documents, cash, medicines and change of clothing.

5. Listen to the alerts and warnings issued from the local meteorological offices and the Nevis Disaster Management Department.

The 2022 Atlantic Hurricane Season runs from June 1 to November 30.