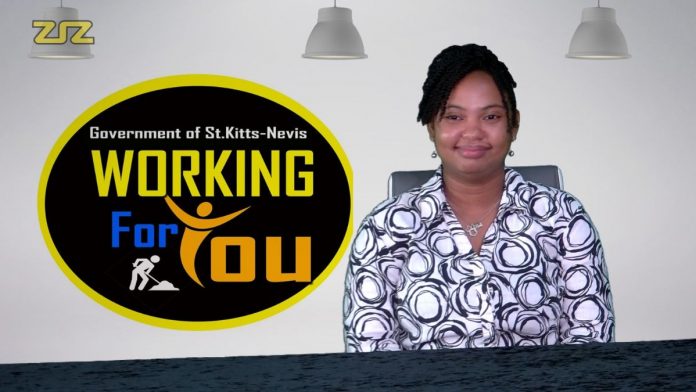 Basseterre, St. Kitts (SKNIS): St. Kitts and Nevis, through the National Emergency Management Agency (NEMA), is gearing up to participate in the 2022 Caribe Wave Tsunami Exercise, slated for Thursday, March 10.

During the March 02, 2022 edition of the ‘Working for You’ radio and television programme, Planning Officer at NEMA, Mrs. Oureika Lennon-Petty discussed the importance of the Caribe Wave Tsunami Exercise to the Federation.

“Caribe Wave is a regional tsunami exercise which is usually done in March, and basically Caribe Wave is used to test the early warning systems of the Caribbean region. Because in the Caribbean region we are surrounded by water and tsunami being a water-based hazard it makes us vulnerable. And so, each year NEMA, along with the Nevis Disaster Management Department, participate in Caribe Wave and we do so in order to test local systems as well as the receival of the tsunami warning messages from the Pacific Tsunami Warning Centre,” said Mrs. Lennon-Petty.

Caribe Wave is held annually in the region since 2009 and uses historical seismic data to generate a test scenario such as last year’s exercise, which was based on a 1755 tsunami generated by a magnitude 8.5 earthquake located off the coast of Portugal. Every year, the exercise is commissioned in order to advance tsunami preparedness efforts in the Caribbean.

“We are surrounded by water and so the University of West Indies Seismic Research Centre, some years ago, said that the Caribbean region is actually overdue for a tsunami. So, it’s not an if but when. And so, because we subscribe to comprehensive disaster management at the various agencies, we strive to prepare ourselves for any impact and that includes the impact of a tsunami,” Mrs. Lennon-Petty stated.

She added, “We have evolved over the years in terms of how we participate in Caribe Wave. Originally, what we did we concentrated on the physical evacuation exercises and that would enable us to test the emergency responders. Those are the first ones on the ground in the public using their sirens to evacuate persons. So, we usually use that opportunity to test that aspect as well as public awareness in terms of the knowledge of where your assembly point is in the given area of where you live, work and play.”

Due to COVID-19, NEMA had to develop new strategies to be able to adequately test emergency response systems. In 2020, Caribe Wave took the form of a communications exercise. Another communication exercise was adopted in 2021 whereby telecommunication companies FLOW and DIGICEL sent out SMS text messages and radio tsunami warning test messages.