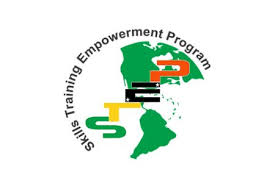 Prime Minister Harris was at the time speaking at his Tuesday, December 01 press conference when he made that announcement.

“The government is moving forward with plans for the regularization and transition of the STEP workers to government auxiliary employees. Following the June 5th elections, a STEP regularization and pensions reform committee was immediately established to chart the way forward and to make recommendations to ensure these developments or the promises which we made, to these workers would be fulfilled.”

Mr. Levi Bradshaw, the Chairman of the STEP Regularization and Pensions Reform Committee. Mr. Bradshaw said the process will involve a phased approach.
Bradshaw made that disclosure while a guest on the government’s “Leadership Matters” program on October 15, 2020.

“The regularization of the STEP workers would be undertaken on a phased basis commencing with those workers who are assigned to ministries and departments followed by those assigned to the Parks and Beaches,” said Mr. Bradshaw. “I am pleased to report that the STEP workers would enter the public service as Government Auxiliary Employees with an effective date of employment being the first day of July 2020 as mandated.”

“The employees would also be eligible for several other benefits including enrollment in the government’s health insurance scheme and in the government’s contributory pension plan, as well as the Long Service Gratuity which is paid to workers who would have demitted office at age 62. When transitioned into government, the employees would be eligible to receive a lump-sum payment of life insurance which would be paid to their estate or beneficiaries upon their passing.”

Approximately 3,000 STEP workers are assigned across St. Kitts and Nevis.