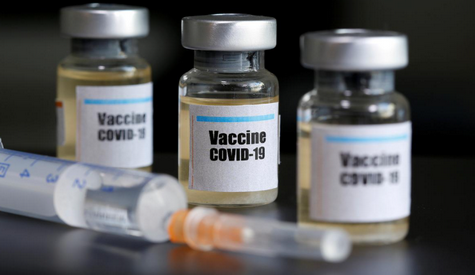 HAMILTON, Bermuda (CMC) – Health officials in Bermuda have admitted that more than 30 people got their second COVID-19 vaccination too early and will have to get a third shot to ensure they are fully immunised.

The Ministry of Health disclosed the mistake on Thursday night and also reported two new cases of the virus out of 337 test results, taking the total of infected people, since the start of the pandemic, close to the 700 mark.

More than 13,000 vaccines have been administered so far and the government is hoping a third of the population of around 64,000 will be vaccinated by the end of March.

A spokeswoman said the Health Ministry had discovered that 34 people had received the second dose of the COVID-19 vaccine earlier than the 21-day requirement. Those individuals were contacted by the two vaccination centres and a third vaccine will be offered to them 21 days after the second dose.

“Measures have been put in place to ensure no one receives the second dose of vaccine before 21 days,” said Chief Medical Officer Dr. Ayoola Oyinloye.

“This occurred early in the vaccination process when vaccine recipients made their own appointments rather than medical staff setting up the date and time for second-dose appointments. (The US) Centres for Disease Control guidance indicated that a four-day grace period was allowed. Public Health England is advising two days.”

Oyinloye said a standardized public health policy has been implemented by the Ministry of Health to keep to the manufacturer’s guidelines of the second dose being administered on day 21 and before the end of 12 weeks.

“I can reassure all those who have been contacted, there is no evidence that the adverse effects after a third dose are different to the well-documented side-effects,” he said.

Meantime, the Ministry of Labour said sacking workers who choose not to be vaccinated against COVID-19 would be a breach of employment law.

A spokesman added that staff who do not get the jab would still be entitled to sick leave if they tested positive for COVID-19.

Government House announced on Thursday that a third shipment of vaccines being sent by the British government, free of charge, has been delayed.

It will arrive a week later than planned, but Governor Rena Lalgie said the delivery delay of the Pfizer jabs was not expected to disrupt vaccination administration on the island.

Lalgie said the shipment is now expected to arrive in the first week of March.

A government-imposed midnight to 5 am curfew was lifted here on Thursday.

Premier David Burt announced that licensed premises will be allowed to stay open until midnight and other businesses will no longer have to close at 11 pm.

Bermuda currently has eight active COVID-19 cases, of which seven are under public health monitoring and one is in the hospital but not in critical care.