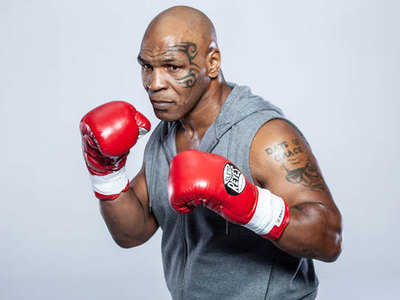 LOS ANGELES (AP) — Mike Tyson stepped onto a spotlighted stage Friday and weighed in at 220 pounds, ripping off his shirt to reveal a muscled torso that could belong to an athlete of half his 54 years.

The former heavyweight champion moved into a COVID-protective glass box and went nose-to-nose with Roy Jones Jr., once the most talented fighter in the world. Jones’ 210-pound frame was slightly less toned, but still clearly in better condition than most of his fellow 51-year-olds.

These two boxing greats are older, calmer men now, but they’re returning to the ring Saturday night intending to recapture a moment of their brilliant past — and they’ve both worked very hard to make sure they won’t be embarrassed in this extraordinary boxing exhibition.