87th anniversary of the 1935 Buckley’s Uprising; Public calls for more recognition of this point in SKN’s History 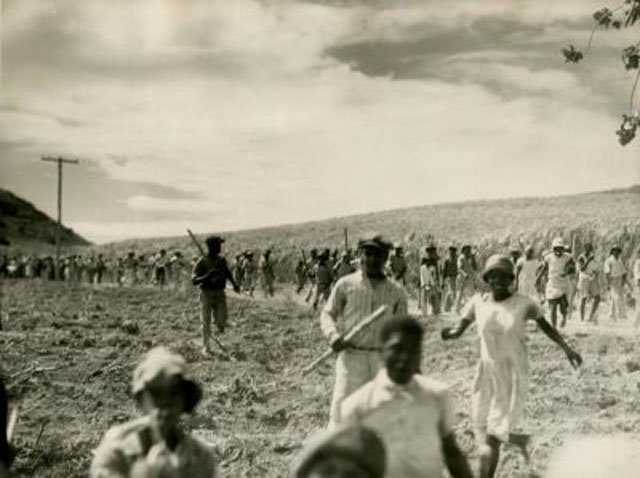 St Kitts and Nevis (WINN): Friday, January 28, marks the 87th anniversary of the 1935 Buckley’s Uprising described as a turning point for workers in St. Kitts and a catalyst for social change across the Caribbean.

Three sugar workers: Joseph Samuel, John Allen, and James Archibald, died during the struggle, and nine others were reported injured in the conflict.

During the January 28 broadcast of WINN’s Voices Program hosted by Sylvester “Socrates” Hodge, a caller said that more should be done to commemorate the people who gave their lives during industrial action to change the standard of living in the country for future generations.

“It is a bittersweet moment that up until now we still don’t have any kind of monument or anything to go an honour these martyrs, our ancestors who gave their lives [so] that we, their descendants, can have a much easier standard of living in the Federation,” voiced the caller.

The caller lamented that he only found out about the uprising some years ago and feels more emphasis should be placed on helping to retain that history, saying, “It’s unfortunate I only know about the Buckleys Uprising when I was an adult, maybe five or six years ago.”

The uprising started with cane fires on several sugar estates near Basseterre spurred by the estates paying their workers’ insufficient wages, followed by a meeting to explain that the wages would not be increased. Several days later, on this day in 1935, Cane cutters at Buckley’s estate asked the manager for one Shilling per ton, the manager refused, and the workers went on strike, which sparked hundreds more to join in the cause at the end of which led to three deaths and a reported nine injured people. (The Details.)