A better flow of work to tour operators on the horizon 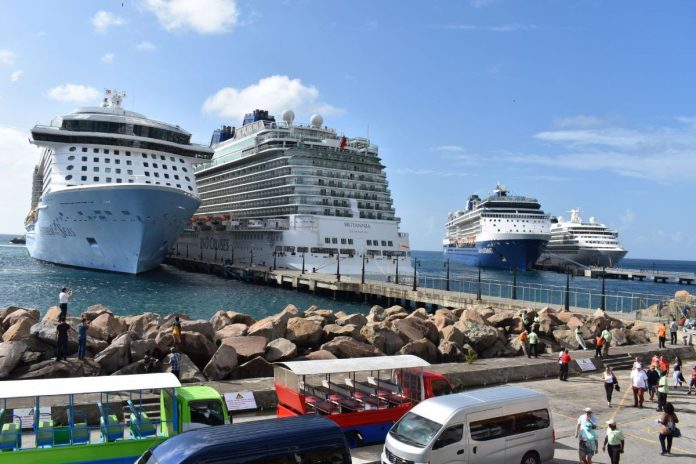 The meeting was attended by the Presidents and Executives of the Taxi Associations, Cooperative, as well as, five dispatchers. The chair of the meeting was the new Product Development Officer in St. Kitts Tourism Authority, Golda Franks.

During WINN FM’s Voices programme on Friday, January 28, Sylvester Socrates Hodge said he was present at the meeting and shared the details of the discussion.

“The discussion was centred around dispatching protocols that would facilitate a better flow of work to Taxi Operators at the dispatching points. Some fear adjustments were discussed but will have to be sanctioned by the Tourism Authority before being made public.”

According to Socrates, “While in the meeting Mr. Grant joined us briefly to share what he described as some good news against the backdrop of losing some 32 port calls/ ship cancellations due to thresholds set by the government for the percentage of COVID on ships that would determine whether to be permitted to berth or not. The threshold was set at one percent of the passenger count on board. It has now been increased to two percent. This will result in less cancellations, but also the possibility of increasing the chance of more potential spread,” Socrates said.

This discussion came at the backdrop of planned protests, complaints and frustration expressed by Tour Operators, having experienced reduced bookings and dispatch strategies which they claimed were only to the benefit of a minority of the transport group.

Meanwhile, Socrates suggests that proper management be taken into consideration when the new dispatch strategies come into effect; citing that cruise passengers will be allowed to travel the length and breadth of the country and nobody knows their status. He mentioned, however, that individuals should adhere to the non-pharmaceutical measures.