A King, His Dream and the Sneeze 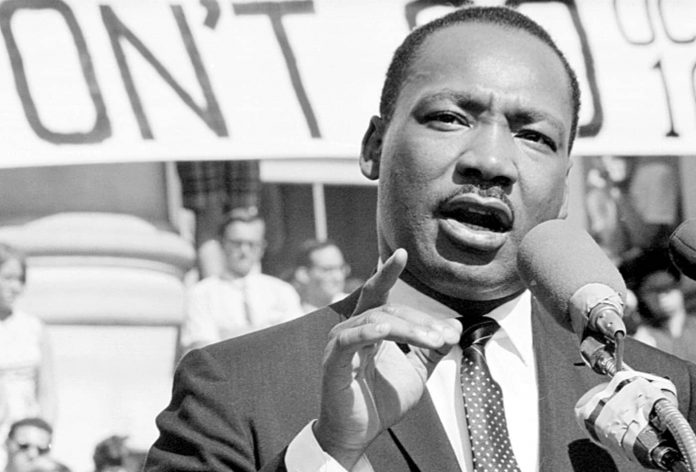 St Kitts and Nevis (WINN): Today, Monday, January 18 for the 35th time, we celebrate and commemorate the life of Rev. Dr. Martin Luther King, Jr., a Baptist minister who advocated the use of nonviolent means to end racial segregation.

The 40th President of the United States, Ronald Reagan signed a bill marking the third Monday of January as Martin Luther King Jr. Day in 1983 and the first time the holiday was observed was in January 1986.

We may know him best because of his “I Have a Dream” speech given on August 28, 1963, but King first gained notoriety during a bus boycott by African Americans in Montgomery, Alabama, in 1955.

For many King was one of the more influential African American civil rights leaders especially during the 1960s as he was instrumental in the passage of the Civil Rights Act of 1964, which outlawed discrimination in public accommodation, facilities, and employment, and the Voting Rights Act of 1965.

He was awarded the Nobel Prize for Peace in 1964.

However, we may have lost him a lot sooner if he had sneezed.

In an New York Times article, the four words, not as known as “I have a dream”, but just as significant, retroactively speaking, “If I had sneezed,” were highlighted.

On Sept. 20, 1958. Dr. King was at a store on West 125th Street in Harlem, where he was signing copies of his first book, “Stride Toward Freedom: The Montgomery Story,” when in walks a woman reportedly dressed to the nines, and presumably there for the signing was packing a letter opener and a loaded .25-caliber pistol.

He was taken to the hospital with the letter opener still embedded in his chest.

This is an excerpt from the great “Mountaintop” speech that Martin Luther King gave on April 3, 1968 in Memphis, TN, where he addressed the sneeze and which was his last speech.