A Young Man’s Path to Truth, Accountability and Justice Through Forensic Science 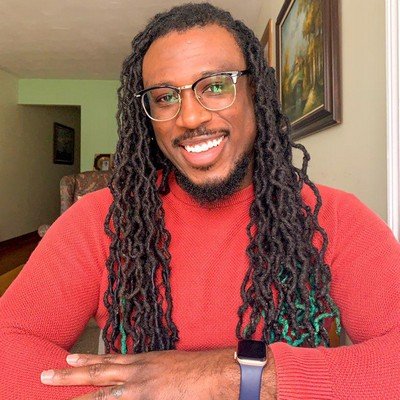 Phillip believes that one way to help find the truth for the ultimate goal of justice is complementing police work with scientific crime scene investigation.

“To have somebody who had an interest specifically in forensic science or even crime scene investigation; to have somebody who was not a police officer… to work out there in the field doing it like, that was a big thing… you want to bring in a civilian, specifically trained them to do this work, so that you have this separation between what police officers need to do, and what can happen in terms of the forensic science and the physical evidence, especially as it goes on to court.”

The son of the soil made those remarks during an interview on the July 29 broadcast of Island Tea hosted by Jade Johnson and Azem Bailey.

Phillip disclosed that he knew that he wanted to be a scientist from a young age and dreamt of opening up a private Forensic Science Laboratory on St Kitts.

“I liked watching television shows that [were] around crime and what’s not. My father was actually a big fan of “Law & Order”,… And then the original CSI came out, and we were living in England at the time… 2002 to 2003, around that time, the original CSI came out, and I was really drawn to that because I saw science being used for people. It was very practical or something very applicable to real life. So I thought, this is definitely what I have to do… this is how I want to use my skills and knowledge. So that really sparked the interest for me. And from that moment on, I really started to be strategic about getting into forensic science.”

Mr Phillip obtained his Bachelors in Chemistry from the University of the Virgin Islands, then a Masters in Forensic Science from the Virginia Commonwealth University.

From 2013 – 2019 he worked with the Royal St. Christopher and Nevis Police Force as an intern.

In 2014, he became the first civilian appointed as a crime scene investigator.

Now he lives in Toronto, Canada, and continues to develop his career.

What does a crime scene investigator do?

“Crime Scene Investigation is all about going to locations where you believe you might find evidence of criminal activity, and you want to be able to identify documents and collect physical evidence that could help you support the findings on criminal activity… you want to be able to identify it using several different means. Sometimes you might just be able to see broken glass, then you know for sure, it’s a break-in. But it’s not all about what you can see because there’s a lot of stuff that you can’t see with the naked eye, at least. You need to be able to use different equipment, relying on the chemical and physical characteristics of physical evidence that will highlight these items for you to see them, and be able to document them using various means, one very popular means is photography… There’s also videography… there’s also note-taking… And after you have identified and documented your evidence, then you need to be able to collect it and collecting it is very important because you want to be able to collect items with as little contamination as possible,” Phillip explained.

“You need to also keep in mind something called chain of custody. You can also refer to it as the integrity of the items or the continuity of the items. You want to show that this item was in a particular location, then it was collected by said person, who took it to this location, and they pass it on to this other person who was in this location, etc. You want to be able to establish a firm continuity of your evidence. As I mentioned, all of this is really part of being able to take a case to court that is going to be able to assist the justice system in figuring out what is true because that’s really the aim of forensic science is all about uncovering the truth,”

He admits that the job is definitely not as easy as it looks on television, especially related to the turnaround time for processing evidence so that an arrest can be made.

“The time aspect is something that we definitely can’t get behind in forensic science. You look at what’s going on around the world in terms of PCR testing for COVID-19. If you have the virus that causes COVID 19, that you’re using a laboratory technique that actually amplifies the DNA of the virus so that we could identify and confirm that virus is present in your body. That technique is actually really well used in forensic science. The shortest possible time that we have right now to do it at least routinely is 24 hours. So that alone tells you that you’re not going to be able to solve any crime in one day. And then there’s the issue of, particularly looking at DNA analysis, if you go to a scene and you’re able to collect a sample for DNA analysis, have it properly collected and packaged and stored. It’s going to take some time before your analyst gets to that sample. That alone is some lag time right there. And then, of course, the actual analysis takes time. You’re going to do a PCR run, going to take 24 hours to get that result. Somebody has to put those results into a database, and we don’t know if we’re going to get a hit or not because, lo and behold, not everybody who you would suspect of criminal activity is contained within any specific database.”

As with any career, there are specialisations- a specific area of expertise- and forensic science is no different!

Phillip admitted that generalisation in the field (doing a little of everything) could lead to burnout.

You can watch the entire interview here: