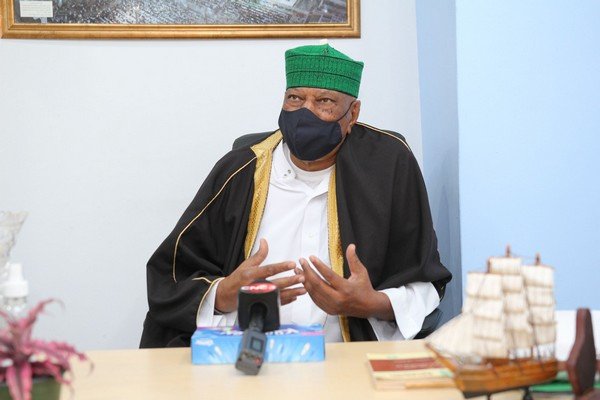 Bakr passed away at the St. James infirmary just after 9 pm last night after being rushed there having collapsed at home.

Bakr, who led an attempted coup d’état in Trinidad and Tobago in 1990, turned 80 on Tuesday.

Yesterday also marked the one year anniversary of his wife’s death.

His son, Fuad Abu Bakr posted on his Facebook page at 9:42 pm, “To Allah we belong and to him is our eventual return. ALLAHU AKBAR.”

On July 27, 1990, Bakr, who was born Lennox Phillip, led 100 followers to storm the Parliament and took then Prime Minister Arthur NR Robinson and other Parliamentarians hostage.

They surrendered to police six days later and were charged with treason, but were ordered released two years later by the Court of Appeal. The Privy Council later invalidated an Amnesty that was given to them before their arrest, but they were not rearrested.

Twenty four people were killed and many more were injured in the coup.