Advice given to ex-LIAT workers not politically motivated, says union 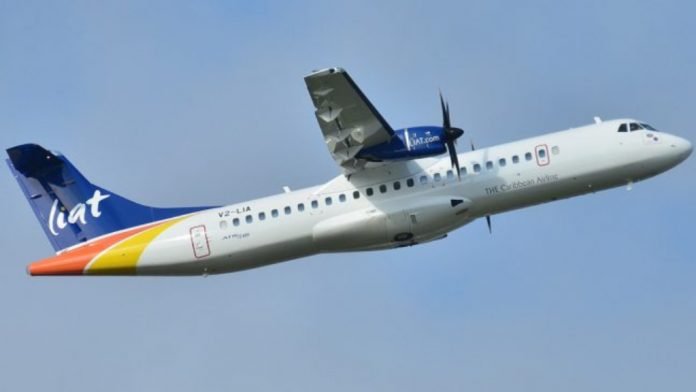 (St. John’s Antigua): The Antigua and Barbuda Workers’ Union (ABWU) has criticized Prime Minister Gaston Browne over recent statements alleging that the union has been politically motivated in its advice to the former employees of the cash-strapped regional airline, LIAT (1974) limited.

In a statement, the ABWU said it views Browne’s comments as a “deliberate distortion of the reality and mischievous as best”.

Last Thursday Browne implied that the ABWU has political motives to delay the compassionate settlement.

But in a statement, the union said that it is aware of the recent comments made by Prime Minister Browne maintaining “its position that while the shareholder governments may not have a legal obligation to the ex-workers, they have a moral responsibility to reach a mutual settlement with the former employees.

“Such a settlement must take into consideration the workers’ reasonable expectations of their terminal benefits. This position is one that is held by all of our partner unions throughout the Caribbean; it is not the conjecture of a single union working in isolation to aid a political party.”

LIAT, which is owned by the governments of Antigua and Barbuda, Barbados, Dominica and St Vincent and the Grenadines (SVG), owes millions of dollars (One EC dollar=US$0.37 cents) to its former employees, including pilots, who through their unions have been demanding the payments owed.

The unions say they are disappointed that their shareholder governments have not addressed severance payments to the former workers, even as the airline operates a reduced schedule since November 2020.

“The issue of the payment of severance pay is a matter of the law but we believe that some form of compromise should occur. That’s our personal opinion. It is not the position of the entire shareholders of LIAT, but our personal position,” Skerrit said, speaking on the state-owned DBS radio.

“Something has to happen and I am hoping that we can find a way of addressing it at some point, especially during the discussions taking place for a new entity. But this will have to be dealt with by individual governments and I am not in a position to indicate what position each government should take.

“But I believe that we should find a solution. I know some governments have made some proposals to some of the unions. I believe that all of us in it must come to a point of compromise. We will have to look at the laws in the respective countries and I don’t want to speak about the issue of the law, I am speaking purely from a humanitarian standpoint,” Skerrit said.

The ABWU said that Prime Minister Browne’s “mischievous statements” were designed to “continue to manipulate the former workers into relinquishing their just claims to severance or fair settlement, by accepting his government’s “compassionate offer.

The union said that Prime Minister Browne’s “compassionate offer” is anything but compassionate.

“At best, it should only act as the starting point for discussions. To date, more than half of the workers have rejected this offer. The ABWU applauds the dozens of workers who have refused to trade in their hard-earned benefits for a fraction of the value.

“The ABWU remains committed to securing a fair and reasonable settlement for the ex-employees of LIAT and we hereby reiterate our call for dialogue. We condemn any act of intimidation, manipulation, and mischief by the Prime Minster or any of his agents.”