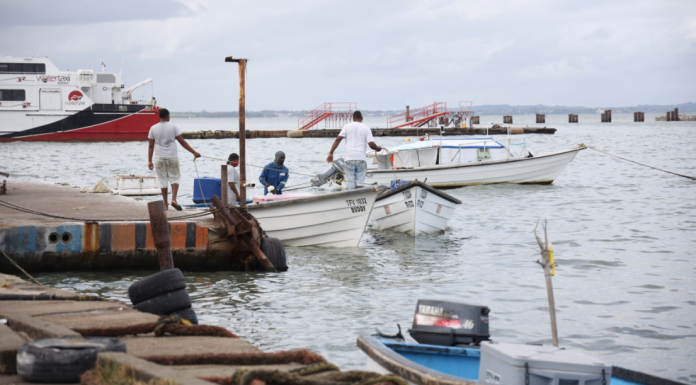 (Trinidad Guardian) Cedros fishermen said they are fearful of reprisal from Venezuela’s Guardia Nacional following the fatal shooting of a one-year-old baby by T&T Coast Guard, who reportedly fired at a Venezuelan vessel, transporting 43 Venezuelans to Trinidad.

Speaking to Guardian Media, the president of the Icacos Fishing Association Esook Ali claimed that following Tuesday’s statement from Venezuelan President Nicolas Maduro that there must be an exhaustive investigation, Trinidadian fishermen have received a tip-off from their sources in Tucupita that they would be shot if they were found in Venezuelan waters.

He did not name any source and could not provide any details to support his allegation.

“The whole fishing village at this point is at a standstill because they are afraid and we know how Venezuelans operate. We have received threats that they will take revenge on this incident. We are asking why did our Coast Guard use this amount of excessive force? These people didn’t shoot at our Coast Guard. Why should our Coast Guard shoot and why should we, the fishermen suffer for this?” Ali asked.