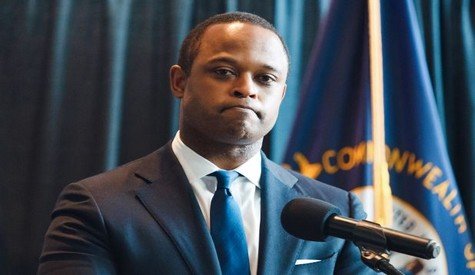 LOUISVILLE, Ky. (AP) — Kentucky’s attorney general has acknowledged that he never asked the grand jury to consider homicide charges against police in the killing of Breonna Taylor.

Amid outrage over the long-awaited charging decision, Attorney General Daniel Cameron said he would agree with a judge’s order to make public a recording of the proceedings, and that he wouldn’t object if members of the panel want to speak publicly about their grand jury experience.

In his statement Monday night, Cameron also revealed that the only charge he recommended to the jury was wanton endangerment. He had previously declined to provide details on what charges prosecutors brought to the grand jury to consider when it met last week.

Cameron said the grand jury is meant to be a “secretive body,” but “It’s apparent that the public interest in this case isn’t going to allow that to happen.”

Cameron said a recording of the grand jury proceedings would be released on Wednesday.

“Once the public listens to the recording, they will see that over the course of two-and-a-half days, our team presented a thorough and complete case to the grand jury,” Cameron said.