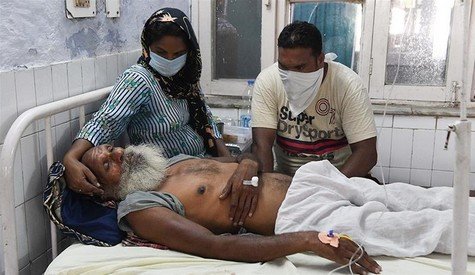 (Al Jazeera) The death toll from poisoning linked to toxic liquor in India’s northern state of Punjab rose to 105 on Monday, as police carried out a crackdown on the illicit alcohol trade in the state following the worst bootleg alcohol incident this year.

The toll soared from 21 on Friday after families reported deaths to administration officials over the Saturday to Sunday weekend. The first deaths were reported last Wednesday, and the number has continued to rise as poor farmers and workers fell ill after drinking the alcohol across three districts.

Punjab Chief Minister Amarinder Singh earlier said he had ordered a special inquiry into the deaths and “anyone found guilty will not be spared”.