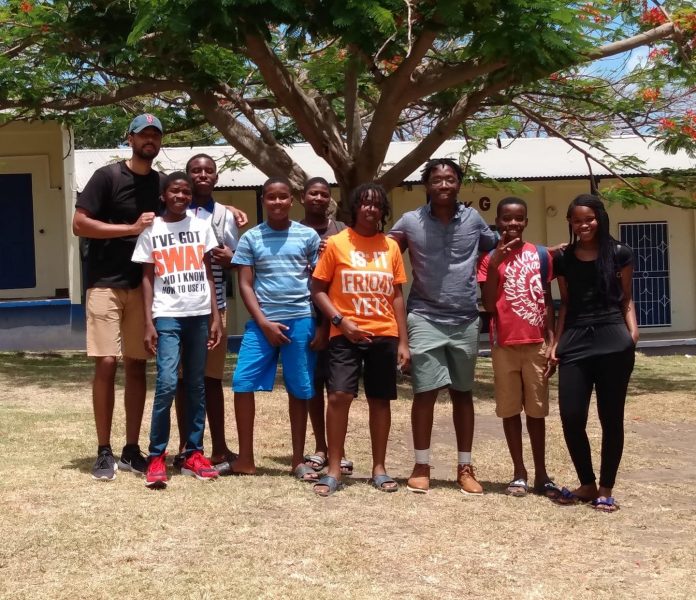 The two continued the program in 2019 but, due to the COVID-19 pandemic, were forced to take a two-year hiatus.

With COVID-19 restrictions lighter than they have been throughout the last two years, the “Alley To The World” program will be back this summer.

WINN spoke with one of the co-founders, Mentos, about the plans.

“My hope is to be able to come back this coming summer. I was thinking about coming back around Music Festival time. And the main goal is we want to get more of the community involved this time around. So I’m hoping to sit down with some people that might be interested in helping out in different ways so that we could branch out this program to be able to not just offer it to more students in Charles E Mills, but also maybe eventually even expand it to other parts of St. Kitts,” said the musician.

To promote the work that the two have done and what they hope to continue this summer, Mentos released a video showing the initiative’s progress thus far and wants to continue building meaningful relationships with students, teachers, administrators, and community leaders to empower the community.

Mentos started the music clinic in honour and memory of his brother, Elijah Mentos and father, Alwynne Mentos. Elijah passed in 2018 during the program’s first year. Six months later, his father, a native of Sandy Point, died.

The music clinic runs for a week, and the students involved in the past years learned the basics of audio production and professionally recorded a song on steelpan.

Aaron and Isaiah donated a computer and studio equipment to start the program with additional support from the Sandy Point Benevolent Society.

“In those summer programs, we taught the kids a couple of songs on the pan, but not only that, we taught them, with the equipment that we donated, [how to] record that pan playing, and we also did some vocal sessions and stuff like that.”