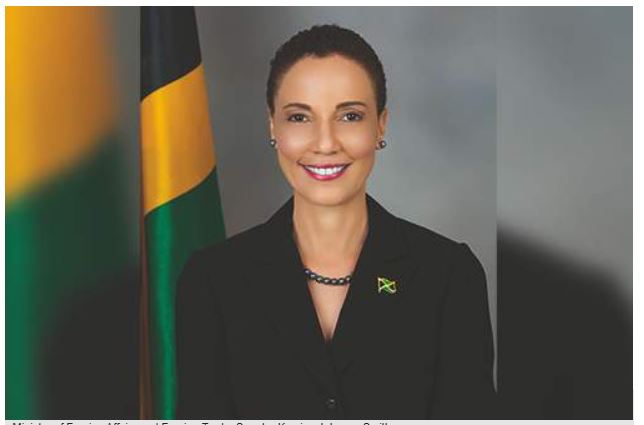 by Arthur Hall (Jamaica Observer) KIGALI, Rwanda — All week Jamaican officials here for the 26th Commonwealth Heads of Government Meeting (CHOGM) repeatedly said that, unless the sands shifted, Jamaica’s Minister of Foreign Affairs and Foreign Trade Kamina Johnson Smith would be the next secretary general-elect for the 54-nation grouping.

The reference to the sands shifting was an acceptance that countries that had pledged their support for Johnson Smith could change their minds at the last minute.

Well about 11:00 am in Kigali on Friday there was a seismic shift in the sands as the sitting Secretary-General Baroness Patricia Scotland addressed the official opening ceremony of the CHOGM and offered a treat some countries could not resist.

“We have laid the foundations for transformational change and I am determined that, when the role of secretary-general rotates to Africa two years from now, I will hand on the baton with a stronger, more effective, more powerful Commonwealth than ever before,” said Scotland.

That announcement, it is believed, caused a number of African countries to abandon Johnson Smith and move their support to Scotland.