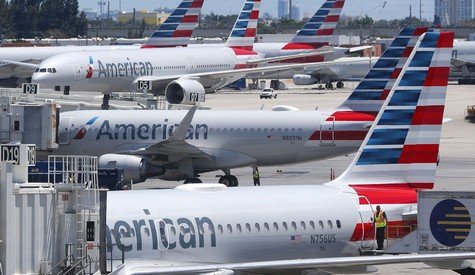 (VI Consortium) Following a meeting with American Airlines in Dallas, Texas on Friday, V.I. Dept. of Tourism Commissioner Joseph Boschulte announced that the nation’s largest carrier will expand its service to the territory to meet increased demand for summertime travel, D.O.T. has announced.

According to the department, beginning on June 3, 2021, passengers in Dallas or connecting from Western and Midwestern cities will have not one but two daily flights from which to choose when traveling to St. Thomas, while Charlotte, North Carolina-based travelers will benefit from three flights per day, up from twice a day.

The airline will also increase daily flights from Miami International Airport (MIA) to Cyril E. King Airport (STT) on St. Thomas. Up to four daily departures will be available in April and May from the key south Florida airport before the schedule is adjusted to three daily flights in June, July and August, D.O.T. said.

Daily service to St. Thomas from the New York tri-state area, out of John F. Kennedy International Airport (JFK), which continues to be an exceptionally strong market for the territory, as well as from Philadelphia to St. Thomas, will meet the travel needs of visitors and members of the large U.S. Virgin Islands diaspora who reside in the Northeast and mid-Atlantic regions of the country.