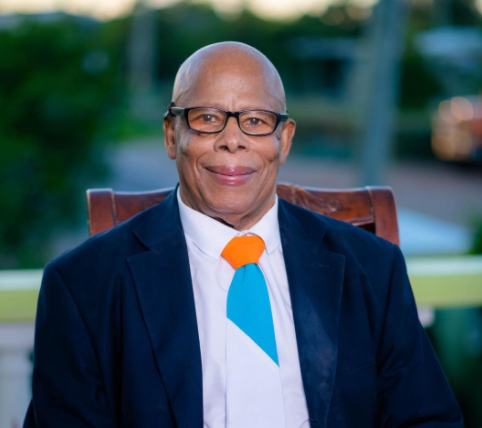 St. Kitts and Nevis (WINN): Former Chief Minister of Anguilla, the Honourable Hubert Hughes, passed away at the age of 87 years.

Hubert Benjamin Hughes was born on October 15, 1933, in the village of South Hill, Anguilla.

“With a political career spanning approximately 40 years, Mr. Hughes is one of Anguilla’s most revered political leaders. The people of Anguilla will forever be grateful for his contribution to the development of our beloved island,” said Anguilla’s Premier Dr. Ellis Webster as he joined Angullians in paying tribute to Hughes.

Prime Minister of St. Kitts-Nevis, Dr. Timothy Harris extended sympathy to the people of Anguilla on the passing of Hubert Benjamin Hughes.

“Former Chief Minister Hughes was an amiable personality, full of life, a patriot of Anguilla and deeply, passionately connected to the country and people of St. Kitts-Nevis,” Harris said on May 7.

He continued, “On behalf of the Government and people of the Federation of St. Kitts and Nevis, I extend my most profound condolences to his beloved wife, children, family, friends and fellow citizens of Anguilla. May he rest in eternal peace.”

Hubert Benjamin Hughes is survived by his wife, Norma Hughes and his children Haydn and Greig Hughes.