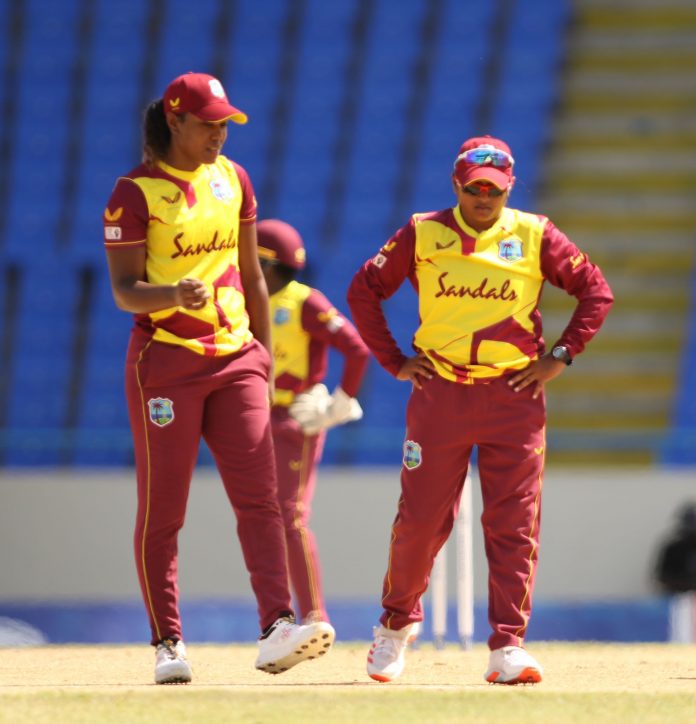 Experienced off-spinner Anisa Mohammed finished 2021 as the joint-highest wicket-taker with 20 wickets with at an average of 18.00, being one of the most economical bowlers conceding at just 3.61 runs per over. Her best figures in 2021 came in the second CG Insurance ODI against Pakistan Women at Coolidge Cricket Ground in Antigua, where she took 4 wickets for 27 runs in her 9.4 overs bowled.

Talismanic allrounder Hayley Matthews had success with both bath and ball. She scored 380 runs including one century and one half-century, picking up 18 wickets at an average of 22.44. Matthews smashed an unbeaten 100 not out in the third CG Insurance ODI against Pakistan Women at the Sir Vivian Richards Stadium in Antigua for her highest score of 2021. She spun a web over the same opponents on the West Indies Tour to Pakistan in the second ODI at the National Stadium in Karachi where she finished with 4/26, helping the West Indies Women defend their 153 run total to win the three match ODI Series.

On learning of her selection, Mohammed said, “I feel really excited and honoured to be named in the ICC Women’s ODI Team of the Year… I didn’t play cricket for almost a year and a half because of the COVID-19 pandemic, so I just wanted to have fun after not playing for so long. I wanted to go out and do my best and help my team as best as I could, and I was actually shocked when I saw I got most wickets.”

While Matthews said, “It’s pretty exciting. Going into 2021 I would have set some pretty big goals for myself, so I was happy that I was able to go out there and have a good year. Looking at it from a team stand-point I guess it was good for us to see where we were at last year and looking back now on the growth we’ve had when it comes down to our bowling, batting, and fielding. It’s been really good to see the progress and it’s something myself and the team will be looking to build on in 2022.”

Both players expressed delight in the increased amount of both match time and preparation camps that the West Indies Women had in 2021. Under the guidance of Head Coach, Courtney Walsh the team was able to have several high-performance training camps in Antigua, as well as two international series against Pakistan Women and South Africa Women. 2021 also saw the West Indies Women’s A team host an inaugural home series against the visiting Pakistan Women’s A team.

CWI President Ricky Skerritt extended congratulations to the players. He said: “Their selections speak testimony to their own outstanding individual attitudes towards improving their own game, but it also provides an important return to CWI on our refocused Women’s program. There is still much work to be done to grow and improve the Women’s game in our region, but this global achievement by Anisa and Hayley should provide inspiration to all of their colleagues, and to all stakeholders.”

The West Indies women are currently in South Africa where they will take on South Africa Women in a warm-up match and four ODIs starting January 28 to February 6 at the Imperial Wanderers Stadium in Johannesburg.

WhatsApp
Facebook
Twitter
Linkedin
Email
Print
Previous articleThe largest solar-powered farm in the Caribbean to be constructed in St. Kitts
Next articleAlgeria dumped out of Cup of Nations after Ivory Coast defeat