Another Minister of Government in Anguilla resigns over GST 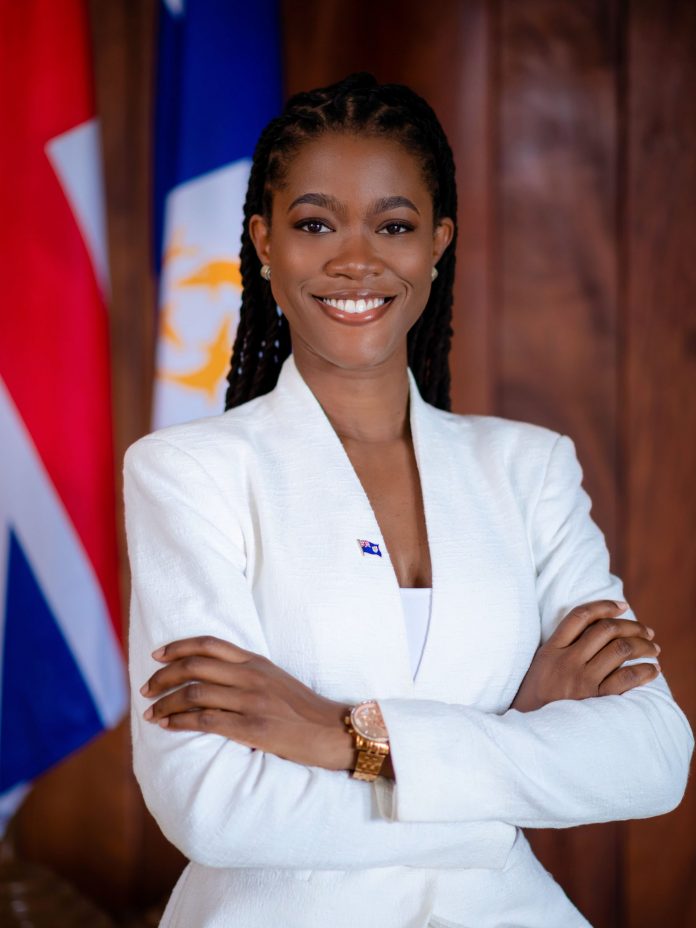 St Kitts and Nevis (WINN): The Minister of Education and Social Development in the Government of Anguilla, the Hon Dee-Ann Kentish Rogers, has tendered her resignation as a Minister of Government. Kentish Rogers was elected to public office in June 2020 under the Anguilla Progressive Movement government.

Addressing the House of Parliament, Kentish Rogers explained her reason for tendering her resignation.

“Today Madam Speaker, I, of course, must explain the reason for my presence on this side of the house. Today, I made a decision, and while a number of people are asking about my silence, I had to take the time to sit with my constituents, to feel their concerns, to go door to door, to take their call, to ask them what they expected of me as their representative; and the prevailing messages from the conversations I had with them Madam Speaker over the past three days is that they viewed my act of not resigning from the Government of Anguilla as a betrayal of the people of district four, of the constituency that they entrusted me to represent.”

In contrast, Kentish-Rogers said some people expected and wanted her to use their vote and stay in Government for the entire five-year period, but she, however, understands her role in the House of Assembly, which is first as a representative of District four and second as a Member and a Minister of Government.

Kentish-Rogers declared that when she took the oath to serve the people of District Four, she took it very seriously, and she, therefore, owes a duty of transparency to the people of District four. She noted that over the past two years, she tried to impress upon her colleagues that the approach to several issues had been counterproductive to establishing a meaningful connection with the goals and aspirations of the people, especially in the context of the commitments during the election campaign.

As it relates to the matter of the Goods and Services Tax, Kentish Rogers and another Minister, the Hon Kyle Hodge, were not in agreement with the implementation of the tax. They echoed similar sentiments to that of members on the opposite side of the House of Parliament that the taxation of 13 percent will be a burden to the people of Anguilla. 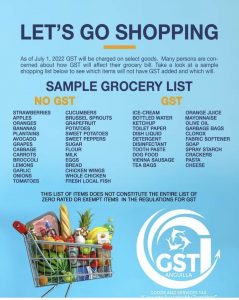 Kentish Rogers shared her belief that the matter of the Goods and Services Tax wasn’t appropriately communicated. She said, during the past two years, she recognised that the Government avoided talking about uncomfortable but necessary conversations with people who hold different sentiments. Kentish Rogers said she made attempts to rectify the issue, but the nation continues to face additional crises.

“I could narrate a series of instances, Madam Speaker, that I attempted to pursue courses that could create a buffer between the impending GST and the approach to assist the people of Anguilla, but instead of finding myself in a holding space, I really did feel that there was a space without inspiration and we continue to face crisis after crisis on a national level. This one that we face today directly impacts the consumer; and it is my opinion that we could have aborted this crisis by clearly sharing our vision and our rationale for this course of action and respectfully bringing the people along with us, communicating with them so that they could fully understand what is happening. So Madam Speaker, I stand from this side of the House knowing that I worked with my colleagues on the other side, tried, but understand that there are some very vast differences. Although I have shared this with the Premier, I have not shared this with the public,[ but] I have tendered my resignation from the Anguilla Progressive Movement and as the Minister of Education and Social Development; and I pray that in the majority and in the remainder of the tenure of the Anguilla Progressive Movement, that there can be some introspection and transformation and a compassionate approach that will help us to lead the people and unify the country.”

The Hon. Dee-Ann Kentish Rogers is the second minister to resign from the Government of Anguilla within one week. Their resignations came before the implementation of the GST on Friday, July 1, 2022.

Demonstrators took to the streets of the city of The Valley on Friday afternoon, (July 1) in protest against the GST. The Government of Anguilla also met with a Cross-Section of the Business Community and the Anguilla Chamber of Commerce and Industry to discuss recent GST Amendments.

The Goods and Services Tax has been a matter of major public discourse in Anguilla, where individuals and civic organisations have been pleading with the Government to take a hold on the implementation of the new tax due to concerns that the people are trying to recover from the effects of COVID-19, some of whom are unemployed or underemployed.

The Government of Anguilla has been experiencing significant financial challenges and has become dependent on the United Kingdom Government for financial support. In a quest to become more financially independent, the decision was made to introduce the Goods and Services Tax to raise revenue.

The move to implement the GST has left the Parliament with two fewer elected members and a divided country.