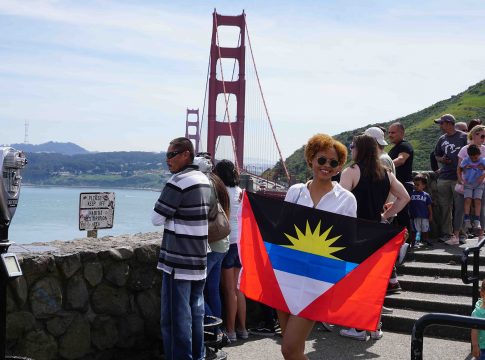 By Gemma Handy (Antigua Observer) The “bright light” that was Taitu Goodwin may have been extinguished but memories of the 27-year-old who was “full of love” and determined to make a positive impact on the world will live on.

Yesterday, the family of the murdered Antiguan welcomed the life imprisonment sentence handed to the man who killed her.

Three months after the long trial during which the brutal manner her short life was taken was outlined in excruciating detail, Glenville Hodge was on Thursday told he would spend at least the next 30 years behind bars.

Taitu’s older sister Tene told Observer of a sense of “relief” that Hodge, 26, had received the maximum sentence – but added that there would be no closure until an accomplice disclosed during the trial was also brought to justice.