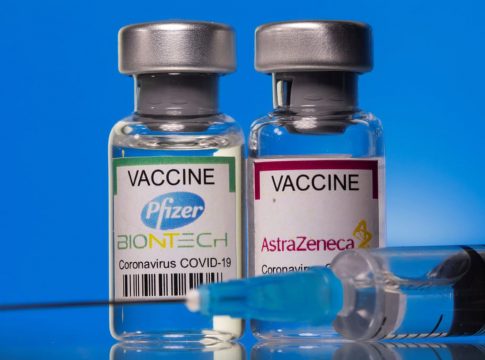 (Antigua Observer) Residents now have the option to take two different vaccines as part of the two-stage vaccination process once they receive clearance from a trusted medical practitioner.

Head of the National Technical Working Group on Vaccinations Dr Lester Simon made the disclosure Sunday night, indicating that the group has given approval for the mixing of one dose of the Oxford AstraZeneca shot followed by a dose of the Pfizer BioNTech jab.

Dr Simon said the decision followed in-depth research conducted by the team. He also noted this has not yet been approved by the World Health Organization (WHO).

“What WHO is saying, for us to give approval for a mix, they have to do an efficacy trial.

“There is another set of work that had come about which is to study the antibody levels in people who have had the mix compared to those who did not mix vaccines, and looking at the level of the antibodies.