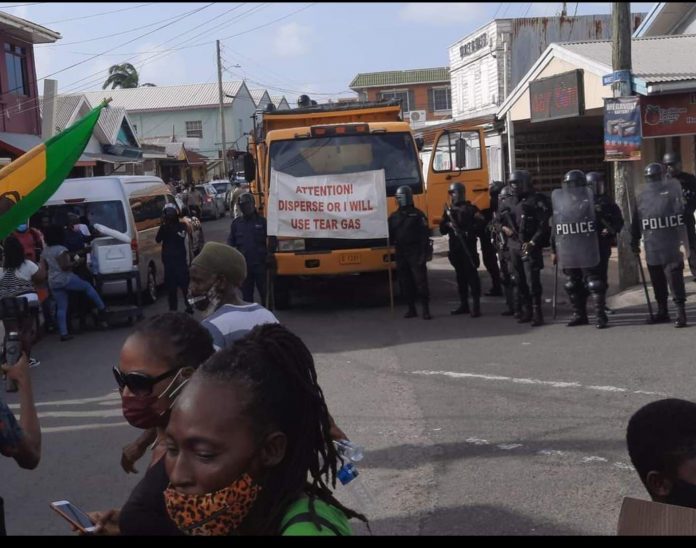 (Antigua Observer) Lawmen have arrested at least two people who were directly involved in a protest on Sunday.

Observer media was reliably informed that the homes of two women who wrote to the police requesting permission to march on behalf of the self-proclaimed Freedom Fighters were raided sometime this morning.

The women were taken into police custody and are being held at the Police Headquarters, according to sources.

The news comes a day after Police Commissioner Atlee Rodney told the media at a press conference that some protestors, including organisers of the demonstration could be arrested and charged.