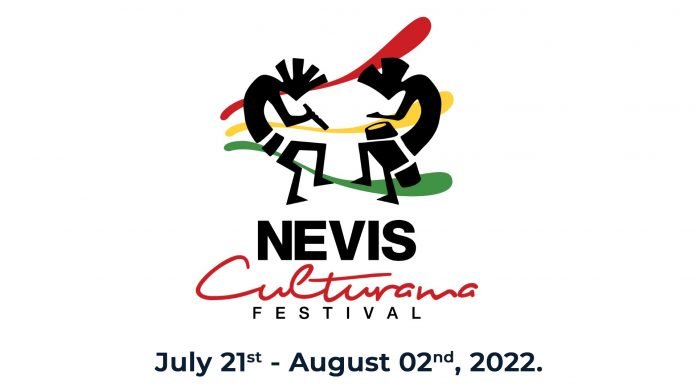 Nevis Culturama, dubbed “The Caribbean’s Greatest Summer Lime” kicks off on Thursday, July 21, 2022 with an official opening ceremony and Junior Kaiso Contest. Friday, July 22 will be the hosting of Action Corner, which according to Liburd is the ultimate Friday after work lime, to be held at the Cotton Ginnery Mall in the city at 4:00 p.m. The Action Corner is a rebranded event for what was once called Bacchanal Corner that was held in the area of the DR Walwyn Plaza and the Sports Museum in Charlestown.

Liburd said, “We’re encouraging people to come on out. We will be having performances by local bands, Soca Monarch artistes, Calypsonians, DJ’s and steel pan groups here on Nevis. We will also be encouraging persons who are organising troupes as part of the Festival to come; we’re going to have tents set up and they can come and promote and advertise and even sell their troupe packages.”

The night of Friday, July 22 at 8 p.m. will be the return of Culcha Pot. This event was introduced for Culturama 2021 by the Nevis Cultural Development Foundation. This event showcases all the local cultural disciplines, such as Masquerades, Big Drum, Moko Jumbie etc. Culcha Pot will take place at the Cultural Complex.

Mr. and Mrs. Talented Youth Pageant is slated for Sunday, July 24, at 7 p.m. at the Cultural Complex, followed by Poets in the Square from Monday, July 25 to Friday, July 29 at the War Memorial Square in Charlestown beginning at 12 p.m. daily.

The Culturama Festival Committee will also introduce for the first time, the “Night of Steel” (Steel Pan Fete) at the Cultural Village at 8 pm, featuring Steel pan groups on Nevis.

Liburd said, “The night of Steel is a night when all of the steel pan groups that we have here on Nevis would be performing. Originally, we thought of having a steel pan competition but on careful review of having a steel pan competition, most of the members of the Culturama Committee said that having a fete, a dance, featuring all of the steelpan groups on Nevis would be much more exciting than subjecting the steel pans to a competition per say; and so, we are hoping that the steel band groups here on Nevis would be given an opportunity to each do a performance lasting about 45 minutes and they would be able to play a wide variety of songs; songs from Nevis Culturama Festival over the years, songs that would have made it to the regional charts, songs that made it to the international charts. It is supposed to be like a dance, but rather than having a deejay or an electronic band, the music for the dance, for that fete will be provided by the steel pan.”

According to Antonio Abonaty Liburd, “the weekend of Friday, July 29 to Tuesday, August 2 is the power weekend”

Ms. Culture Queen Pageant is slated for Sunday, July 31 at the Cultural Complex at 8 p.m. On Monday, August 1, Emancipation Day Jump Up/Long Jam begins at 5 a.m.; whilst Tuesday, August 2 is the Culturama Street Parade and Last Lap Jump Up in Charlestown at 12 p.m.

Culturama Cool Down is slated for Sunday, August 7 at a venue to be determined.

Liburd indicated that though the core activities for Culturama 48 have been released, there are several fringe activities that will be added to the Culturama 48 Calendar of Activities in short order.