AOSIS: UNGA77 Must Be A Milestone For Loss and Damage Response Finance 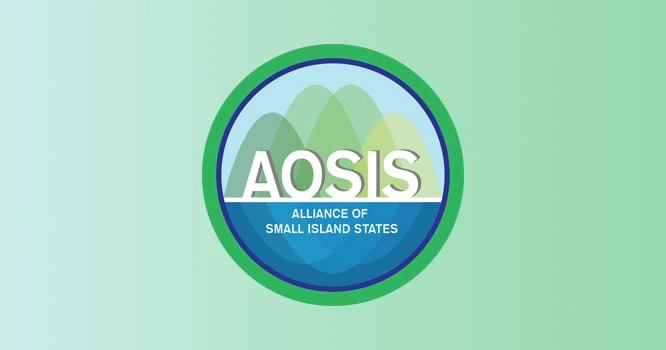 The Alliance of Small Island States says its inhabitants are nearing their limit, and it is urgent that the world unite in support of Loss and damage response finance for the world’s most climate-vulnerable countries, ahead of COP27

Wednesday 14th September, 2022: During the ongoing 77th UN General Assembly (UNGA), it is imperative that governments show their leadership in the fight against the climate crisis by calling for the advancement of loss and damage response finance at this year’s pivotal UN climate negotiations, COP27. This issue is of critical importance for people of Small Island Developing States represented by the Alliance of Small Island Developing States (AOSIS), which has continuously advocated for a dedicated multilateral fund to help the most vulnerable countries recover from extreme climate disasters and slow-onset impacts.

The G77 and China are also proponents of this fund, and AOSIS is looking to the rest of the international community to rally behind this urgent issue.

During UNGA, AOSIS will hold intergovernmental meetings and high-level discussions where loss and damage talks will take centre stage. The AOSIS Climate Coordinators and Heads of Delegations meeting on September 15th and the AOSIS Leaders Breakfast on September 22nd will focus on driving support for the adoption of loss and damage response finance as an official agenda item at COP27. AOSIS is making it clear that this is a first step, and commitment to establish the fund must be the end goal at COP27.

“We have run out of time to waste – our islands are being hit with more severe and more frequent climate impacts and recovery comes at the cost of our development,” said Ambassador Walton Webson, AOSIS Chair. “GDP losses from tropical cyclones average at 3.7% per year. My home of Antigua and Barbuda is still picking up the pieces from Hurricanes Irma and Maria in 2017 which wiped out Barbuda – that hurricane season cost the Caribbean a record-breaking $300 billion in damages. Where are we finding the money to rebuild? Why must our islands, which contribute the least to the emissions that cause this crisis, pay the highest price?“

“The IPCC Working Group report makes it clear that for our vulnerable countries there are severe impacts that simply cannot be addressed by adaptation efforts. There is presently no multilateral fund that is fit for purpose to address the immediate needs of territories which lose lives, livelihoods, lands, ancestral monuments, historical artefacts, and more due to climate disasters. Having talk shops on this until 2024 by way of the Glasgow Dialogue does not serve our people who are experiencing loss right now. During UNGA77, governments must come together and pledge to make things right for our climate vulnerable countries at COP27 with strong support for loss and damage response finance. The world is watching.“

The devastating floods in Pakistan and record-breaking heatwaves in Europe and the US are fresh reminders that climate change is wreaking havoc on lives and livelihoods. Instances of severe impacts on island territories include:

–        In 2017, Hurricanes Irma and Maria caused catastrophic damage to Antigua and Barbuda, totaling US$136.1 million with the tourism sector accounting for 44% of this cost.

–        In 2020, Category 5 Tropical Cyclone Harold devastated Northern Vanuatu, resulting in more than US$500 million in L&D. Development aid to Vanuatu for recovery was less than US$100 million.

–        In the Cook Islands, cyclones and rising temperatures damage crops and decrease water availability. Islanders are forced to leave their homes and livelihoods behind.

–        Tuvalu is continuously threatened by sea level rise. Groundwater is no longer drinkable, saltwater intrusion damages crops, fisheries are dwindling, and families are more prone to water-borne disease. Loss of land is beyond adaptation efforts.

–        Marine heatwaves have doubled in frequency, causing widespread coral bleaching and reef degradation. Islands which are dependent on tourism and marine life for food are losing marine and coastal ecosystems.