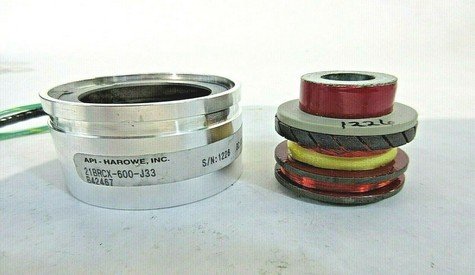 Basseterre, St. Kitts (SKNIS): API Harowe Servo St. Kitts Limited, one of the oldest manufacturing operations in the Federation, has been lauded for its sterling contribution to the COVID-9 Pandemic response. The organization was responsible for producing a key component needed in the production of ventilators that are used globally.

“The Government of St. Kitts and Nevis is proud that the management and staff of API Harowe played a major role in the global fight against COVID-19 in providing critical components for ventilators for use worldwide,” said Premier of Nevis and Minister of Foreign Affairs and Aviation, the Honourable Mark Brantley, during the handing over ceremony of 10 ventilators by United States Agency for International Development (USAID) on August 31. “I would want to commend the management and staff of API Harowe and all of their workers who came out in the middle of this crisis to ensure that these critical components for ventilators were produced and those ventilators we are now the beneficiaries of some of them.”

Minister Brantley noted that citizens and residents should be proud of API Harowe, as well as the workers who made this possible.

“Allow me to thank Harowe Servo for the hard work that they continue to do in producing this equipment, as well as others and the name that they have been able to establish for themselves and St. Kitts and Nevis on a whole,” said Minister Byron-Nisbett.

United States Ambassador to Barbados and the Eastern Caribbean, Her Excellency Linda Taglialatela, commended the employees of API Harowe Servo for an excellent job.

“The employees continue working throughout the State of an Emergency producing parts for thousands of United States Manufactured ventilators that are being distributed around the world as we speak, to help those impacted by COVID-19,” said the ambassador.

API Harowe Servo commenced its operations in 1974 and has continued to expand its operations as market demand required over the years. The company produces Precision Motors for the factory automation and aerospace markets and feedback devices for medical equipment. The motors are fractional horsepower AC, DC and DC brushless types. The feedback devices consist of tachometers, synchros and resolvers. More than 75% of the products manufactured at Harowe Servo are exported to the USA, China and the European markets, which allows the company to use the trading concessions offered under the CARIFORUM-EU Economic Partnership Agreement (ACP) and the Caribbean Basin Initiative including the Caribbean Basin Trade Partnership Act (CBTPA).