Archdeacon: A Declaration on the Electoral Process by Observer Missions Critical To Social Cohesion 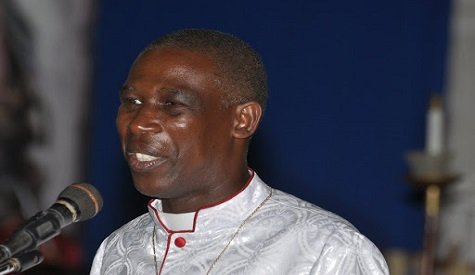 St Kitts and Nevis (WINN): At news time Monday, June 1, the Federation’s electoral officials are mum on the “grave concerns” expressed by the NGO Coalition, on Friday May 29, about the absence of regional or international observers for the June 5 general election.

Archdeacon Isaiah Phillip on Saturday (May 30) pressed the case for what he called “the benchmark” for general elections in democratic countries.

” We need to pull out all the stops and do what we can do…health is not just the absence of viral infection, health is also about social cohesion in the society, “Archdeacon Phillip told WINN.

“If we reach the stage where we have an electoral process that people have doubts about, we have serious issues of social cohesion, ” he concluded.

Supervisor of Elections Elvin Bailey announced on Friday, May 22, that oversight of the federal elections would be provided by “local observers-the Christian Council, Evangelical Association and the Chamber of Industry and Commerce.”

A response to that announcement came on Friday, May 29 by way of press release.

“The Coalition of Non-Governmental Organisation (NGOs); in the Federation wishes to express grave its concern with the manner in which the Federal Elections on June 5, 2020 will be conducted with regards to the accommodation of the physical presence of regional and international Observers on the ground in the Federation to monitor the election process. ”

According to the NGO Coalition, it “neither has the human resources nor the training and experience that are required to manage, undertake, and comprehensively report on our own on the 2020 Federal Elections.”

“We are aware that we are in unprecedented times and that government has written to the OAS and CARICOM inviting them to observe our elections process. Notwithstanding, the obvious health concerns, we suggest that the lessons learned from the recent elections held in Suriname where special protocols were put in place to accommodate the physical presence of the observers on the ground be adopted for our elections immediately, ” that statement ended.

Archdeacon Isaiah Phillip, in an interview on WINN, revealed that the Christian Council and the Evangelical Association wrote to electoral officials, in late April, enquiring about elections, as they were aware that parliament would automatically dissolve on Thursday May 14, 2020, the fifth anniversary of the first sitting of parliament since the last election.

“.. Around the 27 April, we wrote to the Electoral Commission to say, well, from all the advice we have been given, once you reach the anniversary, the fifth anniversary of parliament, you know elections gonna have to be within ninety days. And so, we just want to say we would want to do our usual thing, and so, but the response we got from the Commission was that that elections was not something being contemplated, ” said the Archdeacon who explained that the Christian groups had observed two earlier federal elections. Those elections also featured Observer groups from the Commonwealth, CARICOM and the Organization of American States.

“…then around the 17 May the Supervisor of Election wrote to us asking if we would be interested in the process. We are always interested in supporting the democratic process but we want to make it clear that the work we do has always been supplemental, ” Archdeacon Phillip said.

Prime Minister Dr. Timothy Harris advised the Governor-General to dissolve parliament on Tuesday, May 12. He made that information public the following day, on the evening of Wednesday, May 13.

The Prime Minister then announced on Monday, May 18, that Nomination Day would be on Wednesday 27 May, and the General Election on Friday June 5.

Like many other countries engaged in the battle with COVID-19, St. Kitts and Nevis closed its borders to combat the spread of the virus. A state of emergency was declared, physical, social distancing and the mandatory wearing of masks enforced amidst a public health drive that championed hand hygiene and general cleanliness.

The country now has 15 recoveries from 15 confirmed COVID-19 cases, has relaxed some restrictions but maintains nightly curfews. The government had earlier discussed the possibility of an OAS team monitoring elections in Suriname to journey here, after that assignment, to observe the process here.

It states in part:

“…As you may know, the OAS was invited to deploy an Electoral Observation Mission to the June 5, 2020 General Elections.

The invitation was received on May 19 and the OAS Secretary General responded on May 20, confirming that a mission would be present.

The team of observers, which is currently observing the post-electoral phase in Suriname, was expected to travel to St. Kitts and Nevis.

Funding for the mission had been secured and the team had been cleared of COVID-19 after being repeatedly tested in Suriname.

Unfortunately, on May 27, the Government informed the OAS that, following the establishment of a 14-day quarantine, it would not be feasible for the observer mission to travel to St. Kitts and Nevis.

OAS/GS regrets that a practical solution was not put in place like was the case in Suriname to allow our observers to deploy but is respectful of the sovereign decision.