Are We Closer to the Formation of St. Kitts Calypso Association? 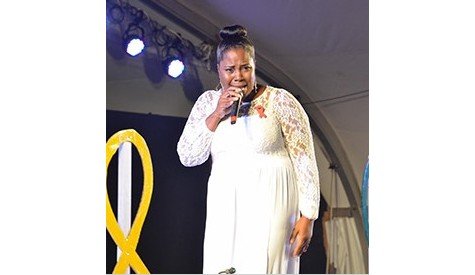 St Kitts and Nevis (WINN): It’s seventy years since the launch of formal calypso competition in the Federation but it has not gotten any easier to organize an association for calypsonians.

Why is that, you may ask?

Sylvester “Socrates” Hodge, the reigning Calypso Monarch has tried without success, in recent years, to organize an association. On Monday’s edition of VOICES, Socrates and, the most recent president of a Calypso association here, Clement “Monarch” O’Garro, weighed in on the issues and compared efforts here and in nearby islands.

Formal calypso competitions in St. Kitts began in the 1950s specifically during the first official established carnival in December of 1957 with the first Calypso contest on Saturday (December 21) at Warner Park and developed over the years.

“Well, the calypso association came about because of the fact that we recognized that calypsonians need representation and not only when it comes to carnival time… but representation throughout acting pretty much as the spokesperson for calypso and in labor terms acting as a union as well in terms of negotiations… We attempted to put an organization together…” O’Garro said.

The importance of calypso and its satirical nature has been well documented. Through their lyrics and performance, calypsonians are able to address pertinent problems that arise within society, and those messages resonated colloquially regardless of social standing.

O’Garro believes that with the necessary backing and support the Calypso Association could have been a viable enterprise.

Socrates pointed out that the Calypso Association in Dominica provides retirement funds for members and organizes calypso shows and workshops for judges.

O’Garro opined that the Department of Culture and the Carnival Committee should assist in the formation of an association.

Mr. Hodge then encouraged O’Garro to seek to become president of the association as he was no longer actively competing in calypso shows.