Arthurton: We Had Our Issues Too, But We Played The Cricket 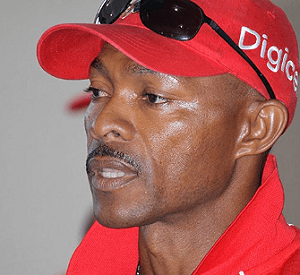 (Antigua Observer) There has always been disputes between the West Indies Cricket Board and its players but in the past, the players refused to take their issues onto the field of play.

This is according to former West Indies and Leeward Islands player, Keith Arthurton, who said players today are too easily distracted by what happens in the boardroom.

“The problem started so far back and even when we were winning, there were problems. But the difference was that we never took the problems onto the field so you as spectators, the cricketing public or the world at large never really saw that sort of friction that went on between players and board members and that sort of thing,” he said.

“Now, the mindset of most of these players, especially the younger ones, is different. We focused on how much we wanted to do for Caribbean people, for West Indian people and the world at large,” he added.

The former middle-order batsman and left-arm orthodox bowler who played in 33 Tests between July 1988 and August 1995, was at the time, speaking on the Good Morning Jojo Sports Show.

The Nevisian said players need to inject more pride into their game.

“They [current players] will lose and still look happy and there were times when we lost and we didn’t want anybody to see us so we stuck ourselves in our hotel rooms and did room service and those sort of things because we just couldn’t handle going out there are facing those cricket pundits so it was very difficult at the time when you lost but now it’s just like nothing,” Arthurton said.

Known for his agility and accuracy in the field, Arthurton attributed his success to the hard work and training time he invested off the field.

“What made me such a great fielder is because I trained very hard every day, running the hills, on the beach on loose sand, doing a lot of skipping and so on but I never used to practice fielding as such and I don’t like to say it to the youngsters because they might feel like they don’t have to practice fielding. I think that one of the most importing thing in fielding when it comes to cricket is how agile you are or how fit you are and how you can anticipate opportunities,” he said.

As a bowler, Arthurton took three four-wicket hauls in the shorter version of the game with a best of four for 31. He scored 1,904 runs in 105 ODI matches.