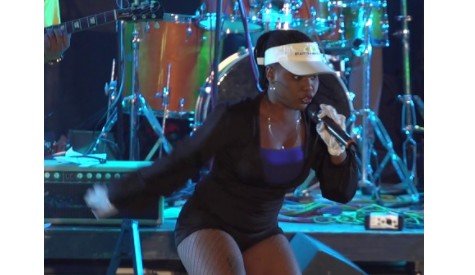 On August 21, the singer was in a passenger bus by the name of ‘Trumpet’ when a boulder fell from the cliff, smashing into the front passenger window, leaving her and the driver injured. Richards was discharged the day after the accident and is now awaiting surgery.

Speaking to WINN FM in an interview, the singer recounted that she was knocked unconscious and when she came to, the individuals present told her what had happened.

Richards added that she sustained injuries to her hand, face, and ear. Though initially shaken up by the incident, the artiste is seemingly in good spirits and thanked her fans and the public for the prayers and well wishes.