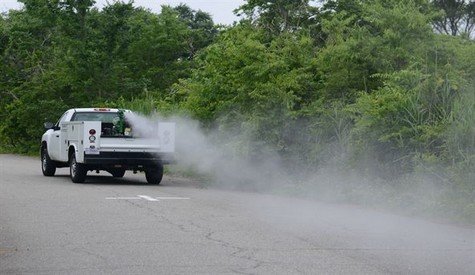 St Kitts and Nevis (WINN): Even as the region grapples with the public health threats and economic challenges posed by COVID-19, Caribbean officials are warning of a marked increase in cases of dengue fever.

St. Lucia has recorded three confirmed dengue fever deaths, and another death is under investigation. The number of confirmed cases stands at 711.

Authorities in St. Kitts and Nevis have announced the commencement of fogging exercises at 6:30 every evening this week.

The schedule is as follows:

Experts have noted that outdoor fogging and indoor spraying and misting are effective only if the chemicals come into direct contact with the mosquitoes.

Residents are asked to do all in their power to protect themselves, including covering drums and tanks, cleaning the guttering, removing stagnant water sources, such as old tyres, bottles and buckets, and individuals protecting themselves and their family from bites

Symptoms of typical uncomplicated (classic) dengue usually start with fever within 4 to 7 days after you have been bitten by an infected mosquito. These symptoms include high fever, up to 105ºF, severe headache, pain behind the eye, severe joint and muscle pain, nausea and vomiting, and rash.

The rash may appear over most of the body 3 to 4 days after the fever begins and then subsides after 1 to 2 days. There may be a second rash a few days later. Symptoms of dengue hemorrhagic fever include all of the symptoms of classic dengue plus bleeding from the nose, gums, or under the skin, causing purplish bruises, which results from damage to blood vessels. This form of dengue disease can cause death.