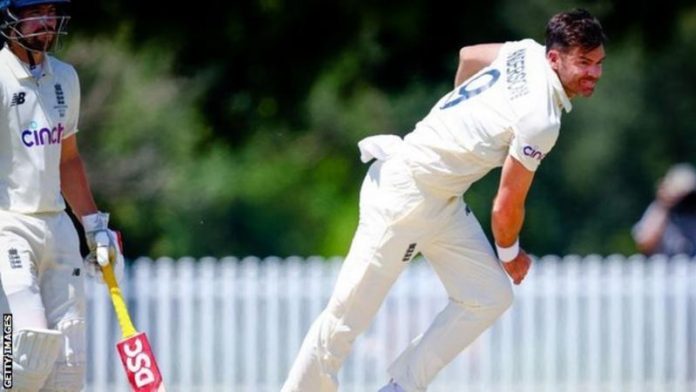 (BBC) – England’s leading wicket-taker James Anderson has been rested for the first Ashes Test against Australia, with Ollie Pope preferred to Jonny Bairstow in the 12-man squad.

Spinner Jack Leach is included as is Ben Stokes, who has has not played any meaningful cricket since July.

The match, at the Gabba in Brisbane, starts at 00:00 GMT on Wednesday.

Seam bowler Anderson, 39, is not injured but England are keen to manage his workload.

England are looking to regain the Ashes, which Australia retained with a 2-2 draw in the UK in 2019.

Anderson has said he is aiming to play in three of the five Tests on his fifth trip down under.

The second Test, a day-nighter in Adelaide, begins only four days after the end of the first Test and may favour Anderson and England more with more movement expected for the bowlers.

“Jimmy’s not going to play but he is fit. It’s just precautionary,” said wicketkeeper Jos Buttler

“It’s obviously a very long series and we want a guy like that to be available to play as much of a part as possible. Jimmy’s been bowling and bowling well – I faced him in the nets and that’s been a great challenge going into a Test match.