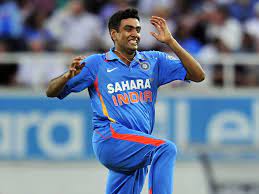 When Venkatesh faced his first ball in international cricket, India were threatening to lose a match that had seemed unloseable less than half an hour ago. With six balls left, they needed ten to win. And New Zealand, having used up all their main seam bowlers, threw the ball to Mitchell.

Mitchell had earlier been out for a first-ball duck. Venkatesh had not been required at all until this point. Now they both had the chance to be the hero. Neither took that honour in the end. Venkatesh swatted the first legal ball he received for four, but was out next ball attempting a cute reverse-lap. Mitchell got that wicket, but he also sent down two big wides that reflected his rustiness as a bowler. Eventually, it came down to three off three, and Rishabh Pant, who had struggled to 13 off 16, stepped out and swiped Mitchell over mid-off to put an end to what had become an unexpectedly close contest.

There had been fifties for Mark Chapman, Martin Guptill and Suryakumar Yadav, and a 48 from Rohit Sharma full of vintage stroke play, as well as terrific bowling from Bhuvneshwar Kumar, R Ashwin and Mitchell Santner, but the end result came down to the bit-part players.