At Least 17 Dead In Haiti Shipwreck 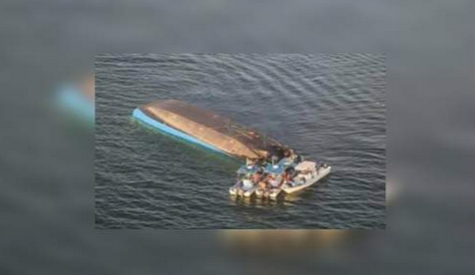 PORT AU PRINCE, Haiti (CMC) — Authorities in Haiti are conducting investigations following an incident in which 17 people lost their lives when small makeshift sailboat, carrying more than 30 passengers and goods, wrecked in the channel that separates Haiti from the island of Tortuga, in the northwest of the country

Among the dead are two two-year-old children and a dozen women, authorities said.

On the boat were residents of Tortuga Island who were returning home from the municipal market of the city of Saint Louis du Nord.

According to the Maritime and Navigation Service of Haiti (SEMANAH), the sinking was caused by the overloading of the sailboat and the gusts of wind.

Officials at SEMANAH added that the boat’s captain was not granted permission to head out to sea.

Meanwhile, rescue operations have been ongoing with brigadiers of the Directorate of Civil Protection (DPC) in an attempt to find bodies and possible survivors.

It’s also reported that the some of the passengers who survived the wreck were taken to La Tortue or to the island of Saint Louis du Nord to be checked.

In reading to the tragedy, President Jovenel Moïse said “I learned with great sorrow, the news of the sinking of a boat off the island of La Tortue. The authorities concerned are mobilised to find the missing bodies and possible survivors. I share the pain of relatives and friends affected by this tragedy.”

According to the Haitian authorities, the small sailboat called “Ancelita” had about 30 people on board and merchandise, exceeding the limit of its capacity.