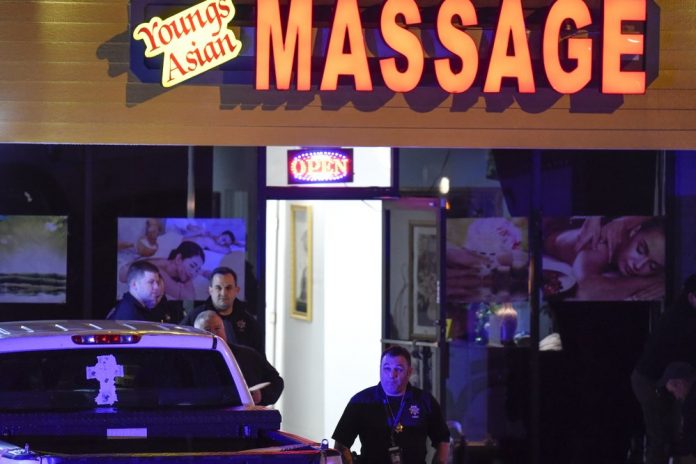 ATLANTA (AP) — A series of shootings over nearly an hour at three Atlanta area massage parlors left eight people dead and raised fears that the attack was yet another hate crime against people of Asian descent.

Police arrested a 21-year-old Georgia man and said the motive wasn’t immediately known, though many of the victims were women of Asian descent.

About an hour later, police responding to a call about a robbery found three women dead from apparent gunshot wounds at Gold Spa in Atlanta’s Buckhead neighborhood, which is home to many tattoo parlors and strip clubs. While there, the officers learned of a call reporting shots fired at another spa across the street, Aromatherapy Spa, and found a woman who appeared to have been shot dead.

“It appears that they may be Asian,” Atlanta Police Chief Rodney Bryant said.