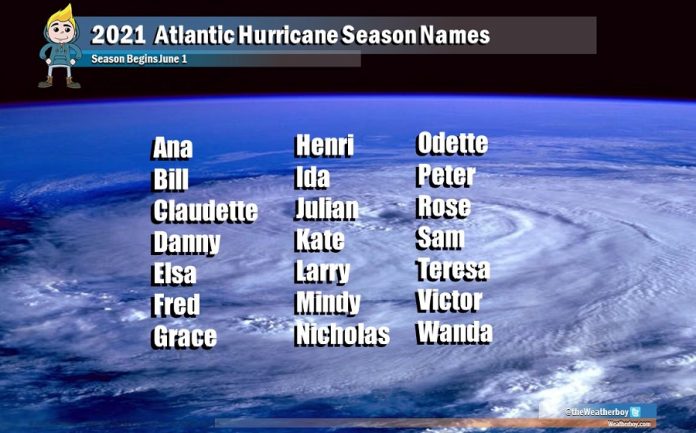 (National Public Radio) – The National Hurricane Center says it will begin issuing Tropical Weather Outlooks in May, weeks before the June 1 beginning of hurricane season.

The federal agency is also considering moving up the official start date of the Atlantic hurricane season.

Named systems have formed in the Atlantic prior to the official start of the season in each of the last six years.

In 2020, there were two named systems before June 1, tropical storms Arthur and Bertha.

Dennis Feltgen, a meteorologist with the Hurricane Center, says many of the systems that develop in May are short-lived but are now being identified because of better monitoring and policies that now give names to subtropical storms.

Last year, because of the early storms, the Hurricane Center issued 36 special tropical weather outlooks before June 1. In order to be better prepared, this year forecasters will begin issuing outlooks on May 15.

A team of meteorologists from the National Hurricane Center and other parts of the National Oceanic and Atmospheric Administration is also discussing whether the season’s official start date should be moved up to May 15.

Any possible changes in the dates for hurricane season wouldn’t go into effect until next year at the earliest.