Australia surge ahead on the back Head’s memorable display 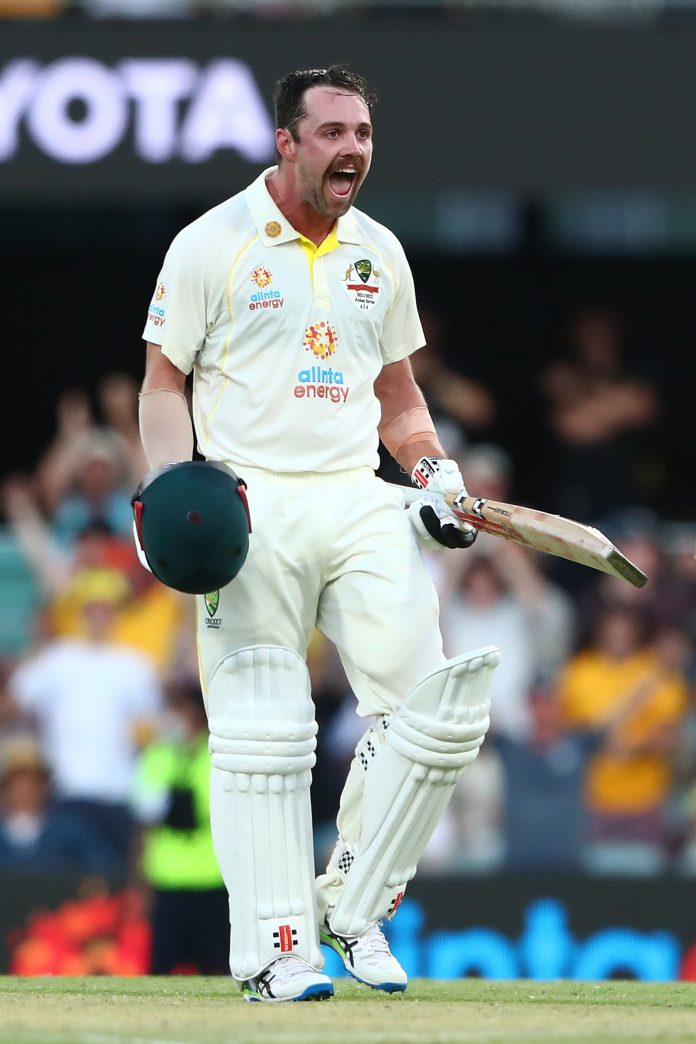 (ESPNcricinfo) – Travis Head thumped a century in a session to rip the game away from England after they briefly clawed their way back into the contest following a series of self-inflicted errors.

Head made the equal third-fastest Ashes century off 85 balls, and became the first to score a Test century in a session at the Gabba, to torch any hopes England had after Australia had lost 4 for 29 in the afternoon to lead by just 48 with five wickets in hand. Australia finished the day with a lead of 196 and three wickets in hand with the South Australian still unbeaten on 112.

Head’s century came on the back of a supreme 156-run stand earlier in the day from David Warner and Marnus Labuschagne, with Warner making an eventful 94, while Labuschagne made a masterful 74 in difficult batting conditions to set the game up. Ollie Robinson bowled superbly to take 3 for 48, but limped off with a hamstring injury late in the day while Ben Stokes also battled a leg issue and a host of no-ball problems, including bowling Warner on 17 when he overstepped.

Ollie Robinson 3 for 48; Woakes, Leach, Wood and Root 1 wicket each

Australia leads by 196 runs at the end of day two