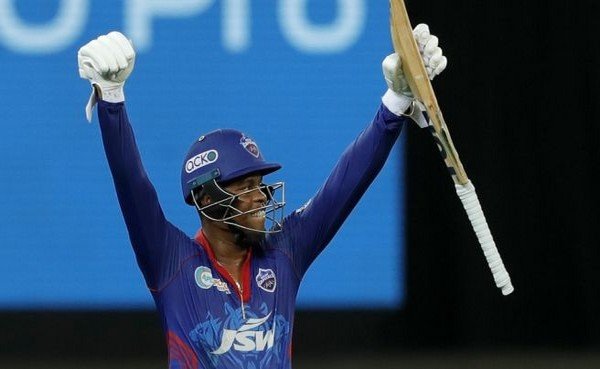 (ESPN Cricinfo) After being ahead for most of the contest, the Delhi Capitals seemed to have lost their way in a chase of 137, but Shimron Hetmyer’s unbeaten 28 helped them beat the Chennai Super Kings and inch one step closer to a top-two finish.

Shikhar Dhawan had anchored the chase for much of the innings, but when he fell for 39 in a double-wicket over from Shardul Thakur, the Capitals were 99 for 6 with two new batters in the middle.

Hetmyer then took charge as he struck Dwayne Bravo for two fours in his first over. He then smacked Josh Hazlewood for a crucial six, and finally watched from the non-striker’s end as Kagiso Rabada flicked one fine for four to seal a three-wicket win in the final over.

Hetmyer also had a massive slice of luck when he was put down by substitute fielder K Gowtham at long-on with Capitals needing 22 off 16. It proved to be one of the key moments in the game. The result meant the Capitals had completed the double over the Super Kings for a second season running.

Despite losing just five wickets in their innings, the Super Kings struggled with the bat after the Capitals opted to field. The opening partnership of Ruturaj Gaikwad and Faf du Plessis did not fire, Moeen Ali fell early, and MS Dhoni struggled to a 27-ball 18. If it wasn’t for Ambati Rayudu’s unbeaten 55, the Super Kings could have finished with a score much less than 136.