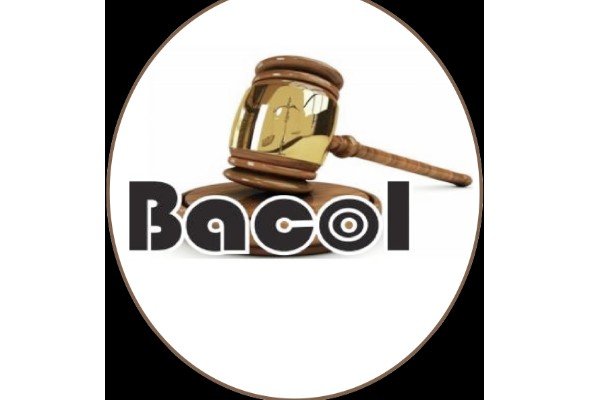 The lawsuit brought by British American Insurance Company Limited and Colonial Life Insurance Company Limited Policy Holders Group (BACOL) for fair and equitable compensation against the Government of the Republic of Trinidad and Tobago, has commenced in earnest. The Origination Application, setting out the substantive case by the BAICO policyholders will be filed on October 18th, 2021. The pathway to such a filing was cleared by order of the Caribbean Court of Justice (CCJ) issued on October 11th, 2021, after the State of Trinidad and Tobago withdrew its objections to the Application for Special Leave, which were originally made at the October 6th, 2021 Case Management Conference.

This development means that BACOL’s Legal Team can proceed to file the claim with the CCJ in its Original Jurisdiction, and present the case before the Court, that its members (policyholders of British American Insurance Company Limited) are entitled to restitution, on par with that paid to British American Policyholders who are Trinidad and Tobago nationals.

Legal Background to Date:
At the Case Management Conference at the Caribbean Court of Justice on the 6th October 2021, the Respondent State of Trinidad and Tobago indicated its intention to challenge the application for the grant of Special Leave by the CCJ, thereby making it necessary for a hearing to determine the matter. At the 6th October, CMC the CCJ set 18th January, 2022 as the date for oral presentation of arguments by both Parties, for the Hearing for Special Leave. Prior to that date, though, both Parties were ordered to make written submissions to the Court on 5th November (GORTT), and 3rd December (BACOL).

In turn of events, on 8th October 2021, the Respondent State of Trinidad and Tobago indicated to the CCJ, its decision not to pursue its objections to the Application for Special Leave by the BAICO Policyholders. Subsequently, by order dated 11th October 2021, having regard to the position of the Respondent, and noting that the Applicants have satisfied the requirements for the grant of Special Leave the CCJ ordered that:

2. The Applicants [BAICO policyholders] are granted leave to commence proceedings against the Respondent (State of Trinidad and Tobago).

3. The Applicants shall file their Originating Application on or before 18th October 2021; and

4. Further proceedings in this matter shall follow the CCJ rule.

In summary, what this means is that the State of Trinidad and Tobago no longer objects to the grant of Special Leave; the CCJ agreed that the requirements for BAICO policyholders to obtain Special Leave have been satisfied and have accordingly, granted Special Leave and that the Applicants are ordered to file their claim.

The legal team on behalf of the Claimant BAICO Policyholders are on schedule to file the Originating Application by the 18th October, 2021 as ordered by the CCJ, thereby substantively commencing the claim aimed at achieving financial justice for BAICO’s Policyholders.

The Case for Fair, Equitable Compensation
In the twelve (12) years since the collapse of British American Insurance Company, Policyholders in the Eastern Caribbean States (OECS) of Antigua and Barbuda, Dominica, Grenada, Montserrat, St. Lucia, St. Kitts and Nevis, and St. Vincent and the Grenadines, have been denied the return of their full investment made into the various BAICO Agencies in the Eastern Caribbean, and that these funds were ‘treated’ by the Parent entity and related Parties in Trinidad and Tobago.

While their counterparts in Trinidad and Tobago have had substantially most of their investments returned to them, OECS Policyholders have so far received only fourteen (14) cents on the dollar (14%), with rapidly vanishing hope of benefiting from the recovery of any further part of their initial investment.

This inequity has severely impacted the lives of thousands of Policyholders and their families across the Caribbean, many of whom have lost substantially all their savings, retirement and pension benefits, etc., leading to immeasurable hardships and many lamentable and woeful outcomes, all with devastating impacts on their quality of life.

The manner via which some Policyholders were compensated with the return of their investments and others not so, have been linked to the following abject realities for Policyholders who purchased their BAICO Polices in the OECS, which includes OECS nationals in the Caribbean, and in the Diaspora Countries of Europe and North America. The harsh realities for these affected CARICOM nationals, with connections to the Eastern Caribbean States include:

• Pensioners who live in penury, unable to live a dignified life on account of their pensions disappearing overnight
• Elderly persons unable to afford vital, quality-of-life-improving medical procedures, on account of their savings disappearing overnight
• Families torn apart because of the financial strain of lost savings
• Suicide
• Withdrawal of children from tertiary institutions because the savings set aside to fund their education disappeared
• Closure of businesses due to loss of capital invested with British American
• Jobs lost because of business closures
• Emotional stress and health disorders arising from lost funds
• Vagrancy.

Every British American policyholder in the OECS who has suffered the loss of their savings and investment has a painful story of woe to tell –– about the impact of not benefitting from the return of their finances with British American. Oftentimes, these stories are told by the survivors of the original Policyholders, who recall their deathbed requests for them ‘to keep fighting to get the money back’; At other times, Policyholders’ frustration finds colourful expression, for ‘their stupidity in believing in CARICOM’ and for early rhetoric about this being a ‘Regional Problem, requiring a regional Solution’. In reality, it is the thousands of ordinary, CARICOM Nationals who have borne the brunt of the broken commitments and a ‘moving of the regional ‘goal post’ from an ‘all inclusive’ CARICOM arrangement, to an ‘exclusive’ CARICOM, wherein the spoils are to be aggrandised by the jurisdiction where the assets are domiciled.

BACOL, the coordinating institution that dared to belie such an enormous exercise of injustice deserved challenge, is rooted in its fundamental belief in the ideal of a Single CARICOM. According to Mr. Hugh Dolland, a BACOL Board member, a victory for British American Policyholders is a victory for all of CARICOM – as equality of treatment is justice for everyone.

BACOL believes in and is firmly committed to obtaining Justice for all its members. As an organisation founded in the belief that every Caribbean citizen is equal before the Law and deserving of Justice at all times and under all circumstances, we believe firmly that the Caribbean Court of Justice is the right and competent body to make the fit and proper determination in this matter and look forward to the sunshine after over a dozen years of rain.