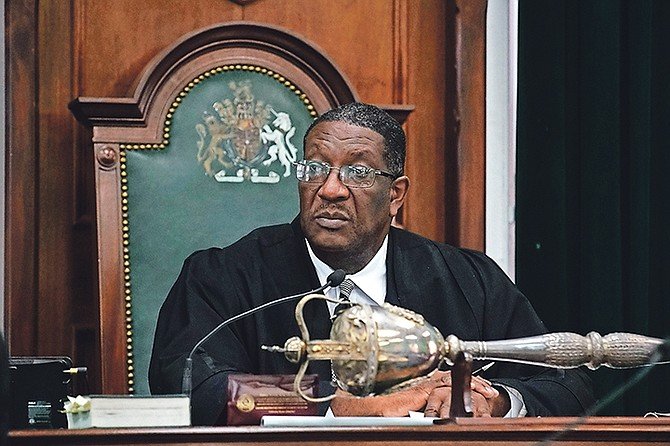 (Eyewitness News) NASSAU, BAHAMAS — Speaker of the House of Assembly Halson Moultrie yesterday predicted that Prime Minister Dr. Hubert Minnis will call a general election in June of this year or shortly thereafter.

Moultrie opined that the government cannot go beyond the mid-year budget exercise without finding alternative means to raise revenue in the form of more taxes, which would adversely affect its chances of re-election.

He said based on his circumstances, his experiences and analytical expertise, he “reached a conclusion that the election must be called very soon”.

“The circumstances are as such that the revenue generator of The Bahamas is basically in shutdown mode, so we don’t have any revenue coming in, comparatively speaking,” said Moultrie, who appeared as a guest on radio talk show The Hit Back with Nahaja Black.

“We were running a deficit budget even with the revenue at its peak.”

According to Moultrie, The Bahamas has entered “loan shark territory”, as he asserted that the country has maxed out its borrowing at preferred interest rates and cannot borrow any more.