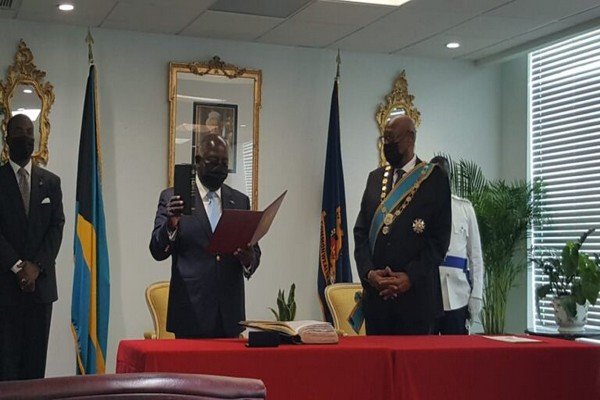 (Eyewitness News) NASSAU, BAHAMAS — Philip Brave Davis, the leader of the Progressive Liberal Party (PLP), was sworn in as the fifth prime minister of The Commonwealth of The Bahamas yesterday during a private ceremony at the Office of the Governor-General at One Montague Place.

It was not publicized until several hours later.

In a statement, Bahamas Information Services (BIS) advised that Davis “decided on a private swearing-in ceremony this morning”.