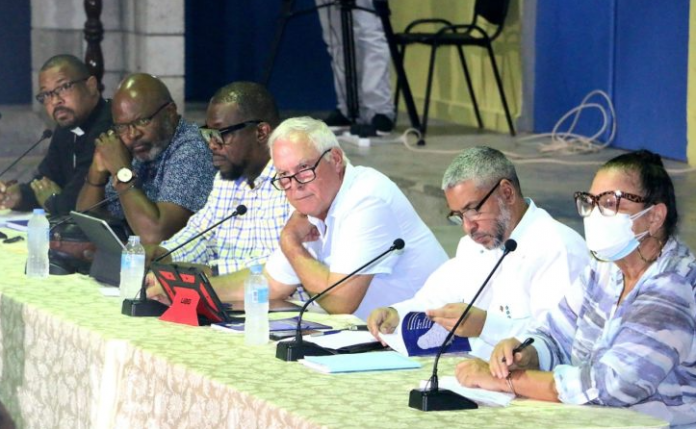 (Barbados Today) The topic of gender and sexuality in Chapter three of the proposed new Constitution was at the centre of robust discussions during another of the Constitutional Reform Commission’s hosted public meetings.

The overwhelming number of Barbadians who made submissions at the Deighton Griffith Secondary School, Kingsland, Christ Church on Sunday evening voiced disapproval with the inclusion of language that pushed gender neutrality. Many made the argument that if Barbados accepts and encourages this agenda through its Constitution, the island will be “going down a slippery slope”. However, this position received some pushback from members and allies of the Lesbian, Gay, Bisexual, Transgender, Queer, Intersex, and Asexual LGBTQIA community.

Isadora Barrow, while calling for the inclusion of gender identity and sexual orientation to be added to the language in Chapter 3 of the Protection of the Fundamental Rights and Freedoms of the Individuals, also advocated for the removal of the buggery and indecency laws from the statute books. She stressed the importance because, according to her, while the rest of the world moves forward there are some among the Barbadian society who remain subjected to the shadows and the recesses based on their gender identity and orientation.