Balancing Safety and the Economic Survival of Tourism-Dependent Countries 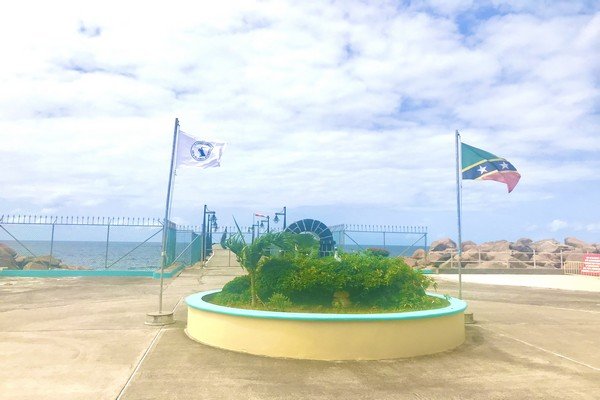 St. Kitts and Nevis (WINN): In July, a federal appeals court sided with Florida, which challenged the CDC over regulations for cruise ships, and now for the state, the regulations are now recommendations.

CEO of the St. Kitts Tourism Authority, Rachel Brown, offered her thoughts on the Florida ruling and the stance that the Governor of the state has taken with regards to mandating COVID-19 prevention methods.

“He is not one, as we’ve seen over the last year, to be a proponent of certain things that speak to wearing of a mask, and yes, he is vaccinated and saying that persons need to be vaccinated… But I think what is critical is that the cruise industry recognises their role and what they have to do besides that and still work with the CDC. Even though you see that there is that ruling, they’re still ensuring that they’re meeting the CDC requirements… I think it’s going to be a long way off as long we have COVID. I don’t see him budging, and I don’t see the CC budging. It’s very clear in my opinion… I do see the future of cruise is dependent on the position of the cruise lines, and I think their position is that they have to be safe and they have to ensure that they do not have an outbreak on a ship.”

Florida sued the CDC in April because of the Cruise No-Sail Order that proposed a four-phased approach to the restart of cruise tourism, saying that the CDC was overstepping their bounds.

In June, the Supreme Court agreed with Florida, and as of July 18, CDC guidelines for cruises should be seen as recommendations.

However, the CDC appealed, and the court of appeal initially agreed with the CDC and issued a stay on Florida’s win.

Six days later, the Court of Appeal changed its mind and did not allow the Stay on Florida’s win, leading to the CDC guidelines being recommendations officially only for Florida, our central hub for cruise ships.

Those regulations now turned into recommendations, and Florida’s Governor, Ron DeSantis’ stance on federal mandates being imposed by the Biden administration could mean a continued and long pause from accepting cruise ships out of Florida unless some consensus can be made between cruise lines and their destinations.

DeSantis Wednesday (August 4) said he was standing in Biden’s way:

Similar to the reality in Florida now, there are no legally binding regulations imposed by the Caribbean Public Health Agency (CARPHA) as shared by Brown.

“Through CARPHA, because CARPHA is our CDC, they have guidelines, but they are not regulatory; they’re voluntary… the ships were homeporting; it was a little bit more sensitive, now that the ships are coming from Florida, they have to follow CDC guidelines. There are discussions… especially in the OECS and Barbados… but there isn’t, for example, like a legally binding document,” said Brown before assuring that conversations within the region are continuous with hopes of reaching common ground even in this fluid situation.

“Minister Grant has been trying to have a common space [where] we’re all working together. So, for example, with the Allure going to USVI, we did have a conversation with them… about what their protocols were; how were they different from us, and we saw within a week that they have shifted to requiring that person is right now are doing the antigen test. So, what we are working on is trying to find that middle ground for us here because they were seeing persons over 12; if you are vaccinated, you didn’t have to do our test to enter. So it’s a very, very fluid situation, and sometimes it’s much more fluid than [our ability] can catch up, but there is dialogue, it may not be as a forum like you would see at OECC meetings, but there’s constant communication but there is no regulatory statement or any binding document at this time.”

As it relates to our central hub Florida, Brown admitted that she foresees the issues between the CDC and DeSantis going on for some time.